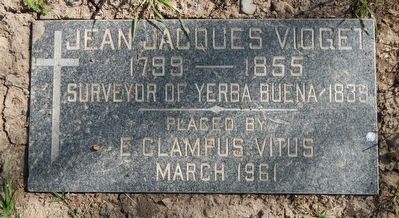 Topics and series. This historical marker is listed in this topic list: Settlements & Settlers. In addition, it is included in the E Clampus Vitus series list.

Location. 37° 17.904′ N, 121° 51.45′ W. Marker is in San Jose, California, in Santa Clara County. Marker can be reached from Curtner Avenue near Monterey Highway, on the right when traveling east. Touch for map. Marker is at or near this postal address: 300 Curtner Avenue, San Jose CA 95125, United States of America. Touch for directions. 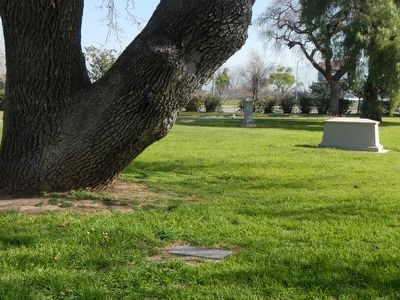 Click or scan to see
this page online
(approx. 0.3 miles away); History of Vieira Park (approx. 0.8 miles away). Touch for a list and map of all markers in San Jose.

More about this marker. This marker is located at Oak Hill Memorial Park in Section C, bounded within the park by Oak Hill, Observatory and Serpentine Avenues.

Also see . . .  Jean Jacques Vioget - Wikipedia. In 1839 Governor Juan B. Alvarado ordered a survey of Yerba Buena, and the alcalde, Francisco Guerrero, employed Vioget to do the work. Vioget's survey covered the area that is now San Francisco's Financial District and featured a grid made of trapezoidal blocks. (Submitted on February 25, 2016, by Barry Swackhamer of Brentwood, California.) 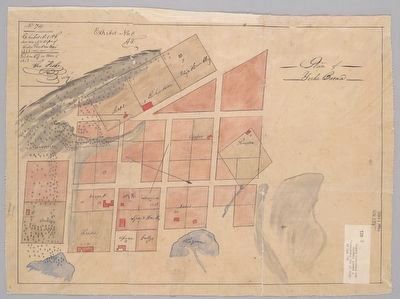 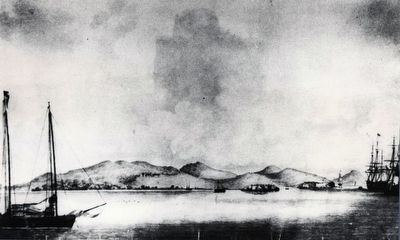