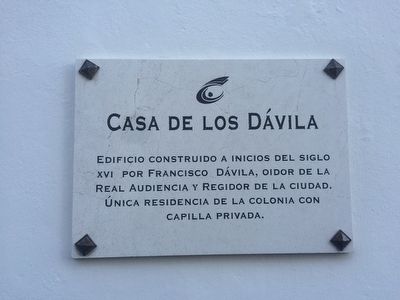 Photographed By J. Makali Bruton, January 17, 2016
1. The Dávila House Marker
Inscription.
English translation: , This building was constructed at the beginning of the 16th century for Francisco Dávila, judge in the Royal Court and city councilman. This was the only residence of the colony with a private chapel. . This historical marker is in Ciudad Colonial in Santo Domingo Distrito Nacional Dominican Republic