How Correctionville Got Its Name! 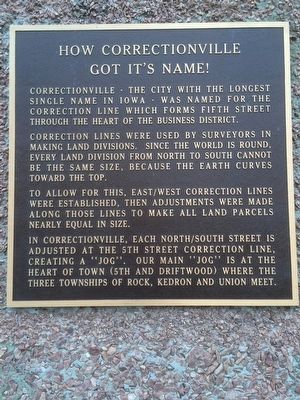 Correctionville — the city with the longest single name in Iowa — was named for the correction line which forms Fifth Street through the heart of the Business District.

Correction lines were used by surveyors in making land divisions. Since the world is round, every land division from north to south cannot be the same size, because the Earth curves toward the top.

To allow for this, east/west correction lines were established, then adjustments were made along those lines to make all land parcels nearly equal in size.

In Correctionville, each North/South street is adjusted at the 5th Street correction line, creating a “Jog.” Our Main “Jog” is at the heart of town (5th and Driftwood) where the three townships of Rock, Kedron and Union meet. 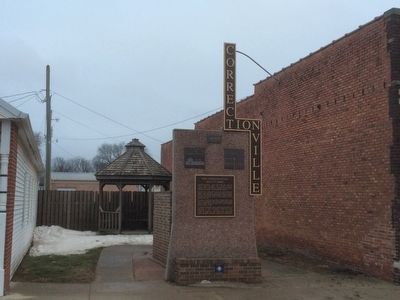 By Ruth VanSteenwyk, February 21, 2016
2. How Correctionville Got It's Name! Marker Spot

Click or scan to see
this page online
when traveling east on 5th Street. Touch for map. Marker is in this post office area: Correctionville IA 51016, United States of America. Touch for directions.

More about this marker. Fifth Street is right on one of the east-west correction lines, therefore the jogs on the north-south streets(see map). 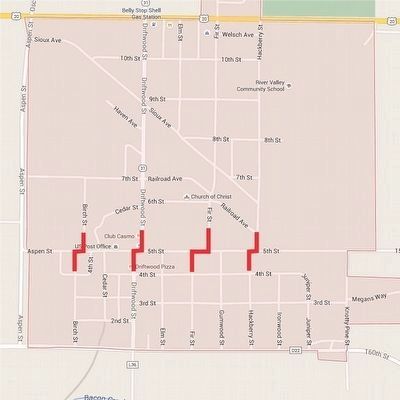