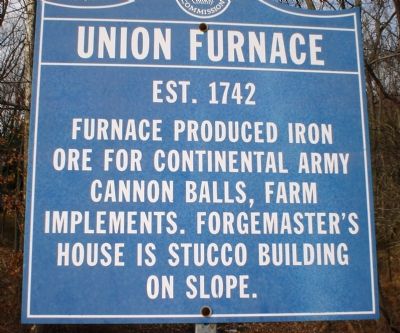 Topics and series. This historical marker is listed in these topic lists: Industry & Commerce • War, US Revolutionary. In addition, it is included in the New Jersey, Hunterdon County Cultural and Heritage Commission series list. A significant historical year for this entry is 1742. 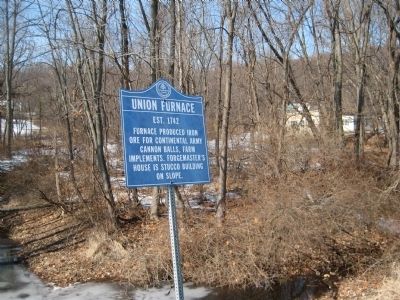 Photographed By Alan Edelson, February 2, 2009
2. Union Furnace Marker
The stucco building mentioned on the marker can be seen in the distance. 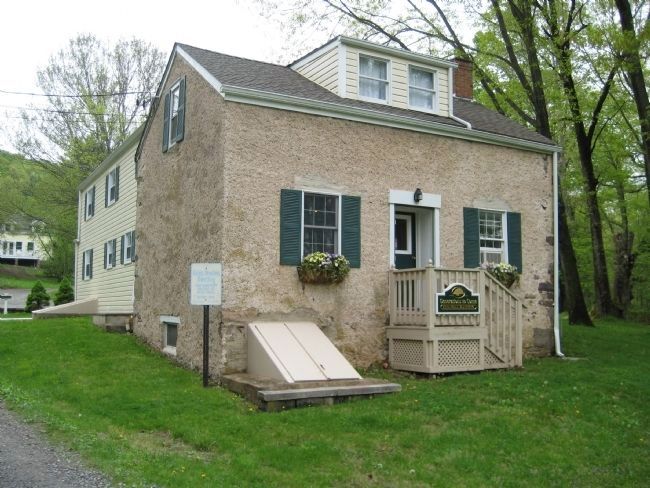 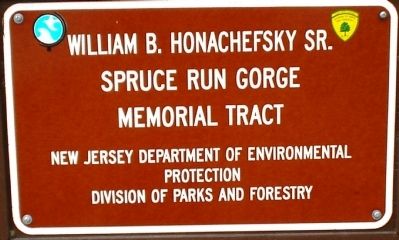