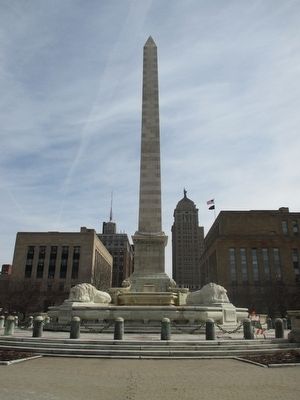 By Anton Schwarzmueller, February 28, 2016
1. The McKinley Monument
West side, as seen from City Hall.
Inscription.
William McKinley. . , [west side] William McKinley was elected to Congress as a representative from Ohio in 1876, '78, '80, '82, '84, '86, '88, was elected Governor of Ohio in 1891 and 1893 and President of the United States in 1896 and 1900. , [south side] William McKinley was born at Niles, Ohio Jan 28, 1843, was enlisted in 23-Ohio Volunteers June 11, 1861 as Private; was mustered out July 26, 1865 as Major by Beveret for gallantry under fire. , [east side] This shaft was erected by the State of New York to honor the memory of William McKinley, twenty-fifth President of the United States of America. , [north side] William McKinley died in Buffalo September 14, 1901, victim of a treacherous assassin who shot the President as he was extending to him the hand of courtesy. . This historical marker was erected in 1907 by New York State. It is in Buffalo in Erie County New York

Topics and series. This historical marker is listed in this topic list: War, US Civil. In addition, it is included in the Former U.S. Presidents: #25 William McKinley series list. A significant historical date for this entry is September 14, 1901. 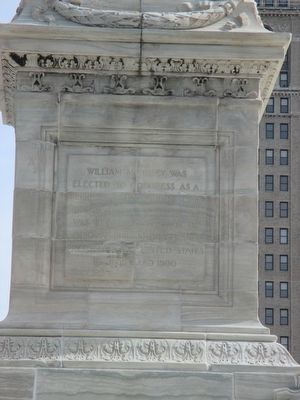 Click or scan to see
this page online
Marker is in Buffalo, New York, in Erie County. Marker is at the intersection of Niagara Square and Delaware Avenue (New York State Route 384), in the median on Niagara Square. This is the most recognized memorial in the City of Buffalo, situated in the center of the large roundabout called Niagara Square from which the major arterial streets of Buffalo emanate like spokes of a wheel, and upon which Buffalo City Hall sits. Touch for map. Marker is at or near this postal address: 65 Niagara Square, Buffalo NY 14202, United States of America. Touch for directions. 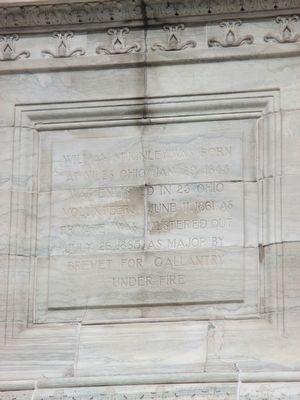 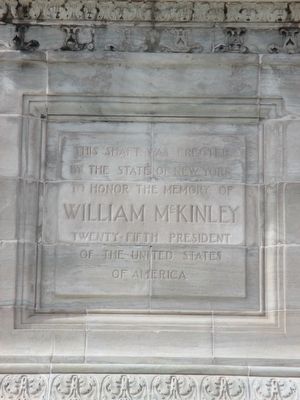 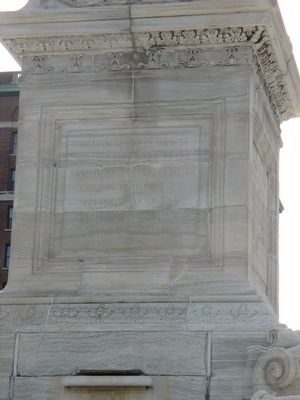 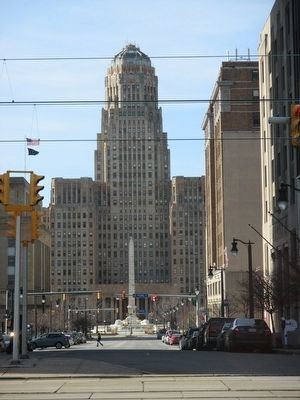 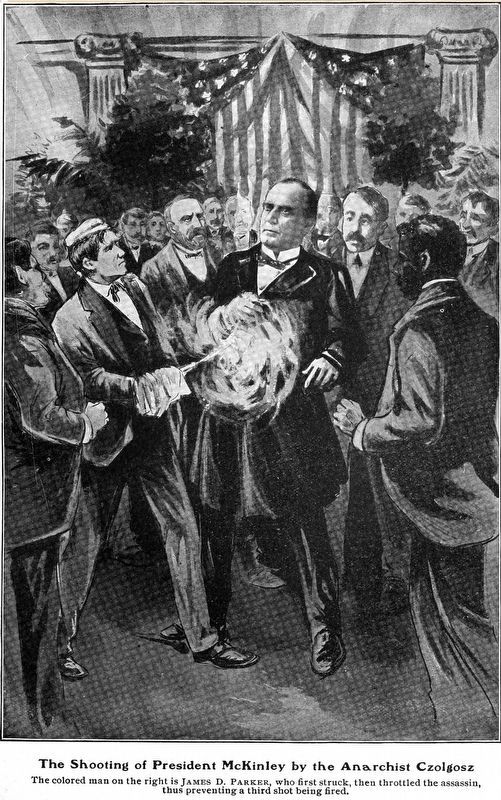