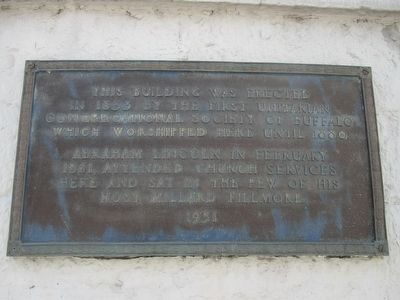 This building was erected in 1833 by the First Unitarian Congregational Society of Buffalo which worshipped here until 1880. Abraham Lincoln in February 1861, attended church services here and sat in the pew of his host Millard Fillmore.

Topics and series. This historical marker is listed in this topic list: Churches & Religion. In addition, it is included in the Former U.S. Presidents: #13 Millard Fillmore, the Former U.S. Presidents: #16 Abraham Lincoln, the Lincoln 1861 Inaugural Train Stops, and the Unitarian Universalism (UUism) series lists. A significant historical year for this entry is 1833.

Other nearby markers. At least 8 other markers are within walking distance of this marker. Our Legacy of Abundant Water (about 600 feet away, measured in a direct 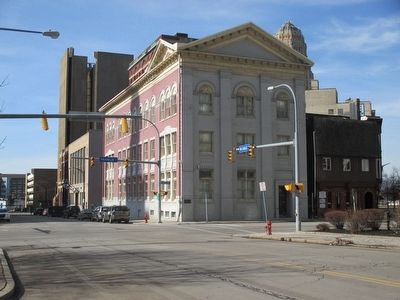 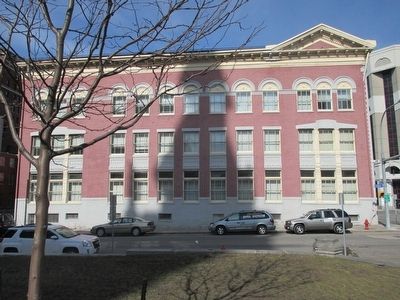