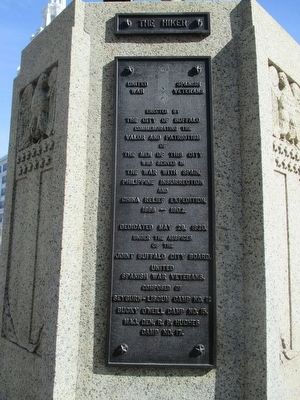 Erected by the City of Buffalo commemorating the valor and patriotism of the men of this city who served in the war with Spain, Philippine insurrection and China relief expedition, 1898 - 1902. 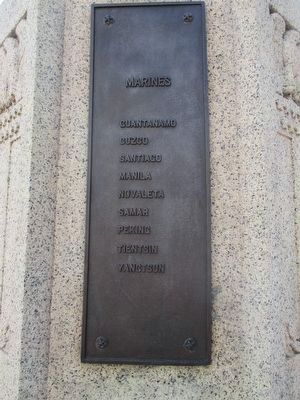 Click or scan to see
this page online
Street is closed to vehicular traffic here due to light rail trains on Main Street. Touch for map. Marker is in this post office area: Buffalo NY 14203, United States of America. Touch for directions.

More about this marker. This Hiker statue is a Newman. 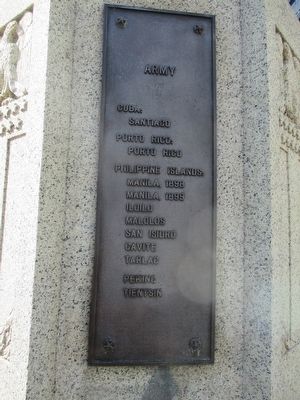 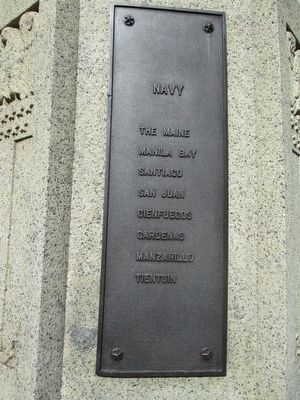 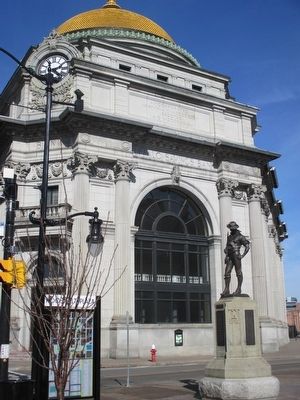 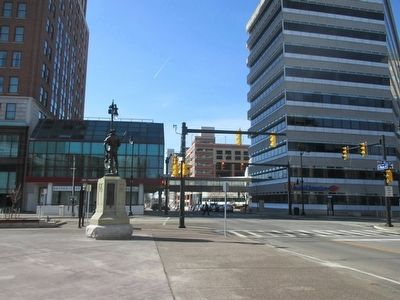