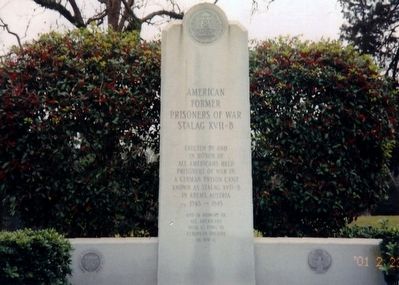 Location. 32° 12.189′ N, 84° 7.84′ W. Marker is in Andersonville, Georgia, in Macon County. Memorial is on Cemetery Road, on the right when traveling north. The marker is on the grounds of the Andersonville National Cemetery, in the eastern section towards the Rostrum. Touch for map. Marker is in this post office area: Andersonville GA 31711, United States of America. Touch for directions. 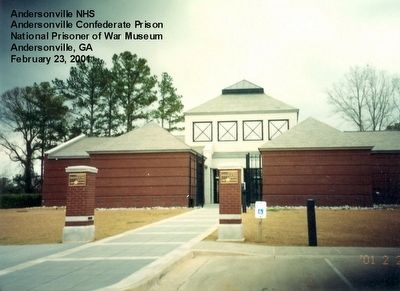 Photographed By Don Morfe, February 23, 2001
2. Entrance to the National Prisoner of War Museum

Editor’s want-list for this marker. A wide view photo of the marker and surrounding area. • Can you help?
Share this page.