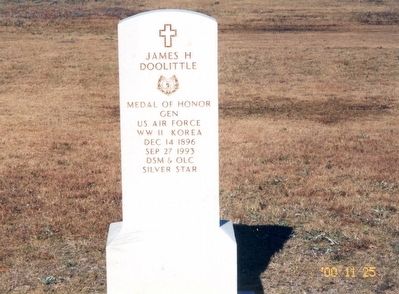 Topics and series. This memorial is listed in this topic list: War, World II. In addition, it is included in the Medal of Honor Recipients series list.

More about this marker. This headstone is a replica of the headstone in Arlington National Cemetery, Section 7A, Site 110. It is on the grounds of the Mighty Eighth Air Force Museum.
His Medal of Honor information and citation is: DOOLITTLE, JAMES H. (Air Mission)
• Rank and organization: Brigadier General, U.S. Army. Air Corps.
• Place and date: Over Japan
• Entered service at: Berkeley, Calif.
• G.O. No.: 29, 9 June 1942
Citation: For conspicuous leadership above the call of duty, involving personal valor and intrepidity at an extreme hazard to life. With the apparent certainty of being forced to land in enemy territory or to perish at sea, Gen. Doolittle personally led a squadron of Army bombers, manned by volunteer crews, in a highly destructive raid on the Japanese. 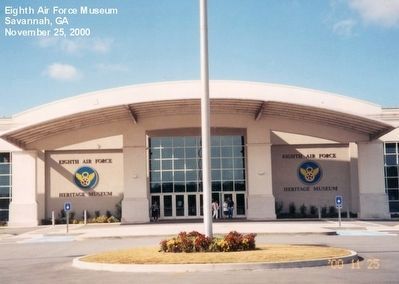 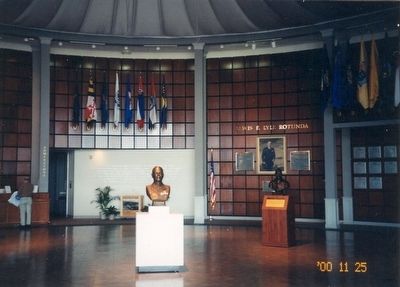