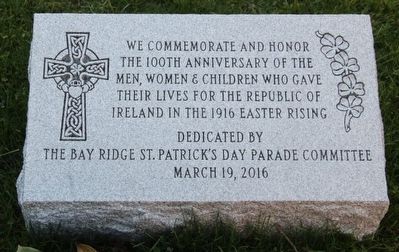 We commemorate and honor the 100th anniversary of the men, women and children who gave their lives for the Republic of Ireland in the 1916 Easter Rising

Topics. This memorial is listed in this topic list: Wars, Non-US.

Other nearby markers. At least 8 other markers are within walking distance of this marker. Fort Hamilton World War I Memorial (about 500 feet away, measured in a direct line); John J. Carty Park (about 600 feet away); a different marker also named John J. Carty Park (about 600 feet away); Giovanni da Verrazano (approx. 0.2 miles away); First Resistance to British Arms in NY (approx. ¼ mile away); The Dover Patrol (approx. 0.3 miles 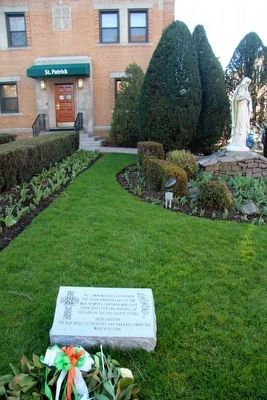