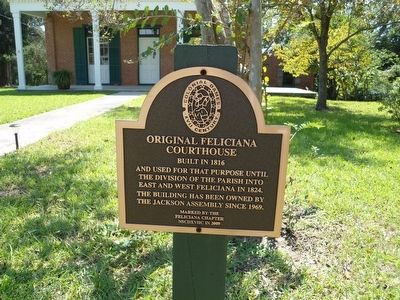 And used for that purpose until the division of the Parish into East and West Feliciana in 1824.

This building has been owned by the Jackson Assembly since 1969.

Topics and series. This historical marker is listed in this topic list: Notable Buildings. In addition, it is included in the The Colonial Dames XVII Century, National Society series list. A significant historical year for this entry is 1816.

Location. 30° 50.276′ N, 91° 12.85′ W. Marker is in Jackson, Louisiana, in East Feliciana Parish. Marker is at the intersection of High Street and College Street (Louisiana Highway 952), on the left when traveling west on High Street. Touch for map. Marker is at or near this postal address: 1730 High St, Jackson LA 70748, United States of America. Touch for directions. 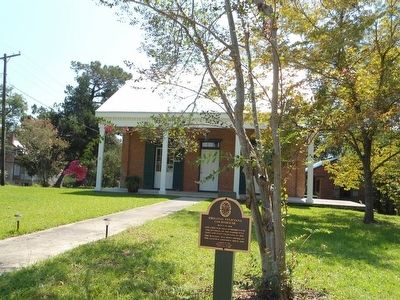