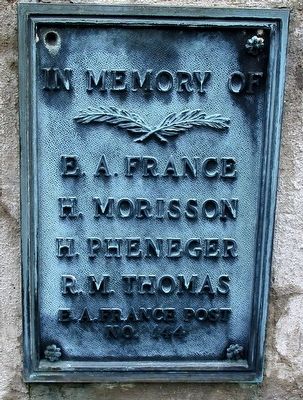 By Rev. Ronald Irick, March 28, 2016
1. Powell WW I Memorial Marker
close up of plaque on monument
Inscription.
Powell world war one Memorial. . . In memory of E.A. France, H. Morrison, H. Pheneger, R.M. Thomas. . E.A. France Post No. 144. . This memorial was erected by American Legion Post 144. It is in Powell in Delaware County Ohio

Location. 40° 9.584′ N, 83° 4.504′ W. Marker is in Powell, Ohio, in Delaware County. Memorial is on Liberty Road (County Route 9) just north of Scioto Street, on the right when traveling north. It is in Powell Cemetery. Touch for map. Marker is at or near this postal address: 79 N Liberty St, Powell OH 43065, United States of America. Touch for directions. 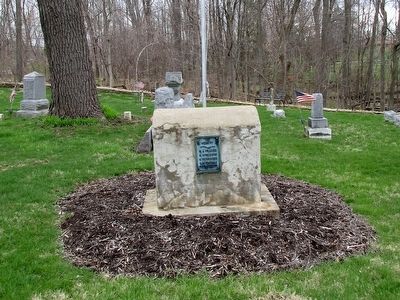 Regarding Powell WW I Memorial. E.A. France is the namesake, honored by the local American Legion Post. H.Pheneger's tombstone is nearby, listing him as a member of Co.A 23rd U.S.I. From tombstones, it can be concluded that Pheneger and Thomas were brother-in-laws. It is not clear if bodies were returned from France, or if these monuments stand over empty graves. 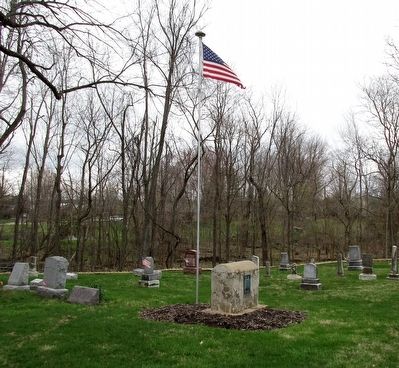 By Rev. Ronald Irick, March 28, 2016
3. Powell WW I Memorial Marker
monument can be seen at a distance, with flag flying 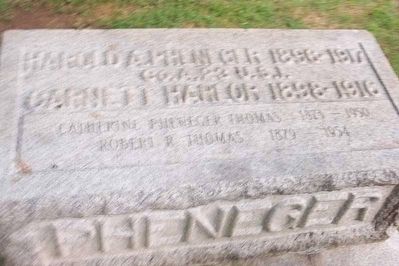 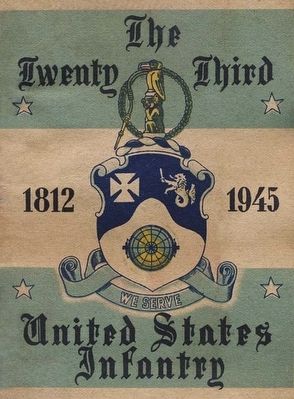 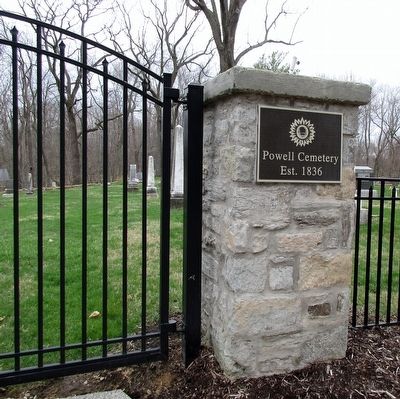