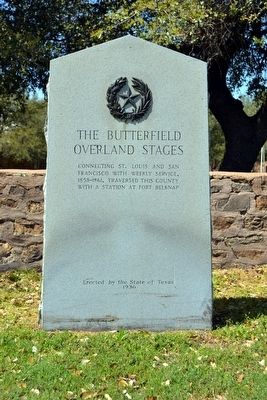 Connecting St. Louis and San Francisco with weekly service, 1858-1861, traversed this county with a station at Fort Belknap

Topics and series. This historical marker is listed in these topic lists: Communications • Forts and Castles • Roads & Vehicles. In addition, it is included in the Butterfield Overland Mail, and the Texas 1936 Centennial Markers and Monuments series lists. A significant historical year for this entry is 1858.

Location. 33° 9.015′ N, 98° 44.402′ W. Marker is near Newcastle, Texas, in Young County. Marker is on Farm to Market Road 61, 0.1 miles south of Thompson Road, on the right when traveling south. Marker is located outside the east wall of Fort Belknap park along Farm-to-Market Road 61. Touch for map. Marker is in this post office area: Newcastle TX 76372, United States of America. Touch for directions. 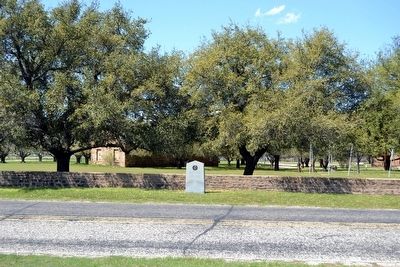 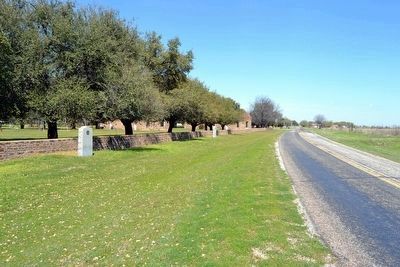