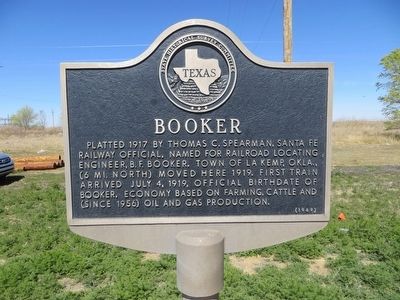 Topics. This historical marker is listed in these topic lists: Railroads & Streetcars • Settlements & Settlers. A significant historical date for this entry is July 4, 1919.

Other nearby markers. At least 6 other markers are within 11 miles of this marker, measured as the crow flies. Route of Jones and Plummer Trail (here, next to this marker); View Point Cemetery (approx. 0.2 miles away); Heart Cemetery 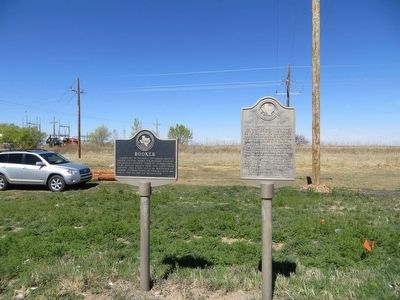 Photographed By Bill Kirchner, March 16, 2016
2. Booker Marker on the left
Route of Jones & Plummer Trail Marker is on the right. 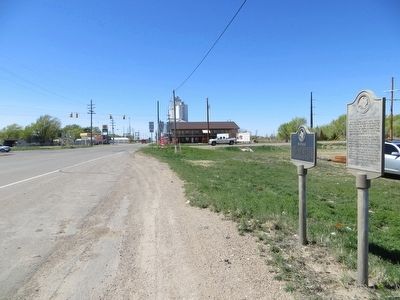