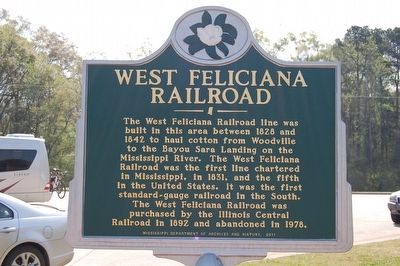 The West Feliciana Railroad was purchased by the Illinois Central Railroad in 1892 and abandoned in 1978.

Erected 2011 by Mississippi Department of Archives and History.

Topics and series. This historical marker is listed in this topic list: Railroads & Streetcars. In addition, it is included in the Mississippi State Historical Marker Program series list. A significant historical year for this entry is 1828.

Location. 31° 5.485′ N, 91° 17.614′ W. Marker is in Woodville, Mississippi, in Wilkinson County. Marker is on U.S. 61 south of Jackson Louisiana Road, on the right when traveling north. Located on the grounds of the US-61 Mississippi Welcome Center. Touch for map. Marker is at or near this postal address: 853 US-61, Woodville MS 39669, United States of America. Touch for directions. 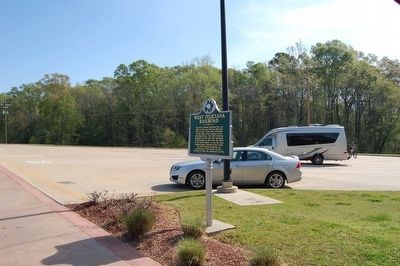