From its first meeting following city incorporation in October 1914, Walnut Creek's City Council held its meetings for a number of years in the courtroom of Judge George O. Duncan, adjacent to the San Ramon Bank. 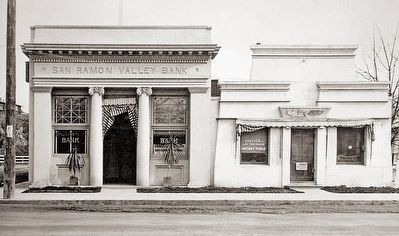 Photographed By Barry Swackhamer
2. Judge Duncan's Courtroom Marker (detail)
The Courtroom is on the right. 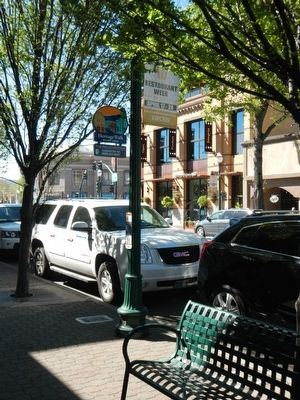