The first passenger train rolled into Walnut Creek in 1891. Southern Pacific built the train depot later that year on a site that was across the creek (now under Broadway) and close to this plaza. The depot was converted to commercial uses and relocated in 1972.

Topics and series. This historical marker is listed in this topic list: Railroads & Streetcars. In addition, it is included in the California - Walnut Creek Heritage Walk, and the Southern Pacific Railroad series lists. 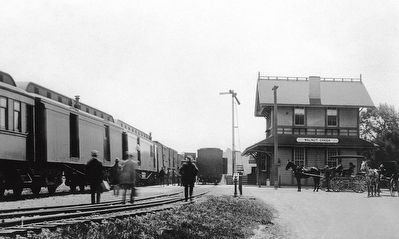 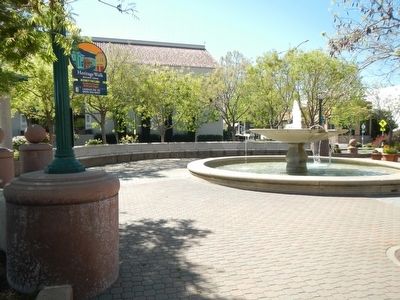 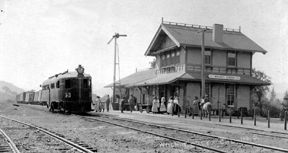