Walnut Creek's first park - City Park (now Civic Park) - opened in 1949 at the site of an abandoned sewer farm. City Park had a lighted ballfield and tennis courts and, until 1976, was the site of the annual Walnut Festival, held in September.

Topics and series. This historical marker is listed in this topic list: Entertainment. In addition, it is included in the California - Walnut Creek Heritage Walk series list.

Location. 37° 54.172′ N, 122° 3.628′ W. Marker is in Walnut Creek, California, in Contra Costa County. Marker is on Civic Drive near North Broadway, on the right when traveling east. Touch for map. Marker is at or near this postal address: 1349 Civic Drive, Walnut Creek CA 94596, United States of America. Touch for directions.

Other nearby markers. At least 8 other markers are within walking distance of this marker. Beniamino Bufano (about 300 feet away, measured in a direct line); War Veterans of Walnut Creek Viet Nam Memorial (about 400 feet away); City Hall 1951 & American Red Cross Building (about 500 feet away); Walnut Creek Library 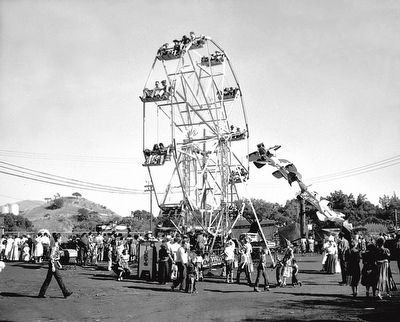 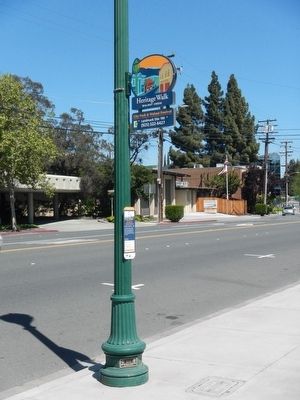