Diagonally across the street stood Walnut Creek's second library, built with a $2,500 Carnegie Library Foundation grant. In 1961 (after 45 years), the fast-growing city needed a larger library. This site was sold to help fund the new library, located two blocks away on Broadway.

Topics and series. This historical marker is listed in this topic list: Education. In addition, it is included in the California - Walnut Creek Heritage Walk, and the Carnegie Libraries series lists. A significant historical year for this entry is 1961. 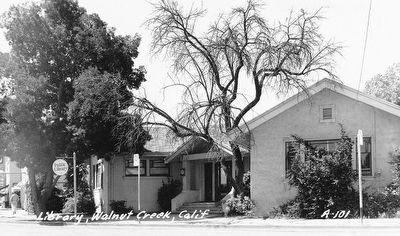 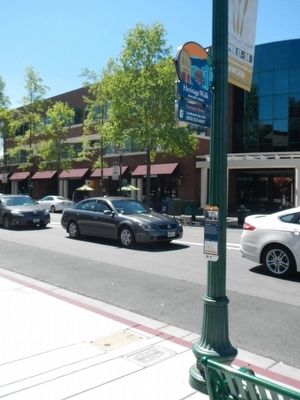