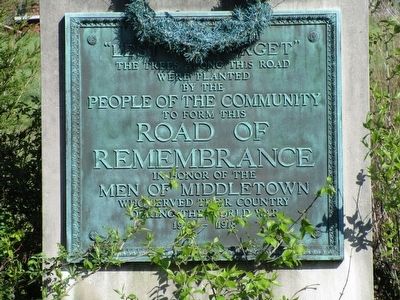 Photographed By Rev. Ronald Irick, April 12, 2016
1. Road of Remembrance Marker
close up, howing text. This is one of two identical plaques, across the road from each other.
Inscription.
Road of Remembrance. “Lest We Forget”. “Lest we forget” the trees along this road were planted by the people of the community to form this Road of Remembrance in honor of the Men of Middletown who served their country during the World War 1916- 1918 . This memorial is Near Middletown in Warren County Ohio

Location. 39° 28.242′ N, 84° 25.161′ W. Marker is near Middletown, Ohio, in Warren County. Memorial is on Hamilton Middletown Rd (Ohio Route 4), on the right when traveling south. There are two (2) identical markers on opposite sides of the road.West side marker is in the lawn of the Truth Tabernacle. East side marker is in brambles front of the Garden Manor Retirement Village. Heavy traffic, with no place to park. It is adjacent, but not accessible to the garden area of the retirement center. Touch for map. Marker is at or near this postal address: 6879 Hamilton Middletown Rd, Middletown OH 45044, United States of America. Touch for directions. 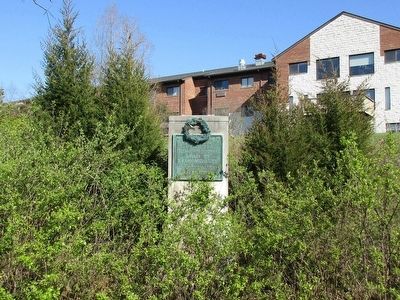 Photographed By Rev. Ronald Irick, April 12, 2016
2. Road of Remembrance Marker
full view of marker on east side of road

More about this marker. There are two more at the American Legion Hall, in downtown Middletown.

Additional commentary.
1. Markers in middletown
There are 4 of these markers located in Middletown Ohio. The two pictured here and there are two more that stand in front of the American Post Home on Main Street in Middletown. I love military history
— Submitted September 10, 2017, by Deb Young Morrison of Middletown, Ohio. 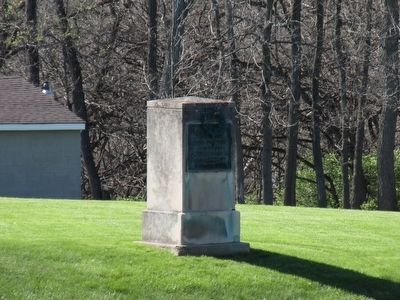 Photographed By Rev. Ronald Irick, April 12, 2016
3. Road of Remembrance Marker
full view of marker on west side of road 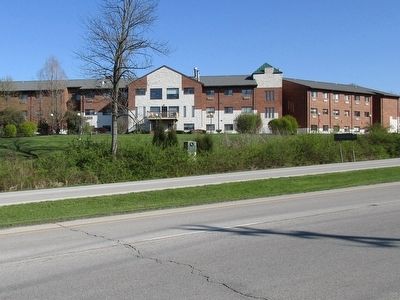 Photographed By Rev. Ronald Irick, April 12, 2016
4. Road of Remembrance Marker
east side marker, at a distance 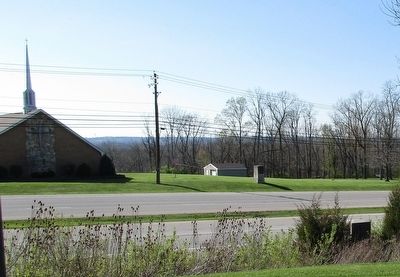