Originally located at another Main Street site, Valley Mercantile move into the old Grange Hall at this corner around 1910. The owner, Joseph Silviara, replaced the wood structure with a brick building in 1916. In addition to its retail business, Valley Mercantile offered banking services. 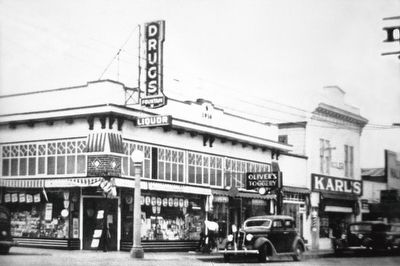 More about this marker. Though the address for the Silveira Building is 1403 North Main Street, the marker is located on the sidewalk on the left side of the building on Cypress Street.

This marker is a part of the Walnut Creek Heritage Walk. 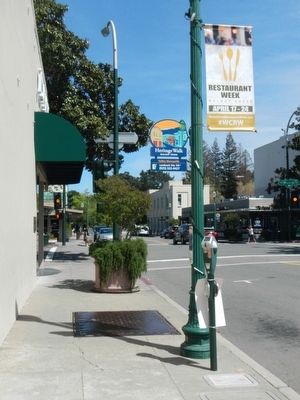 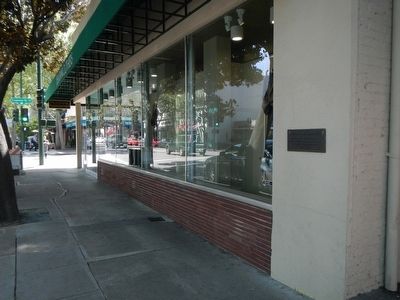 Photographed By Barry Swackhamer, April 7, 2016
4. Silveira Building
The plaque on the building reads: