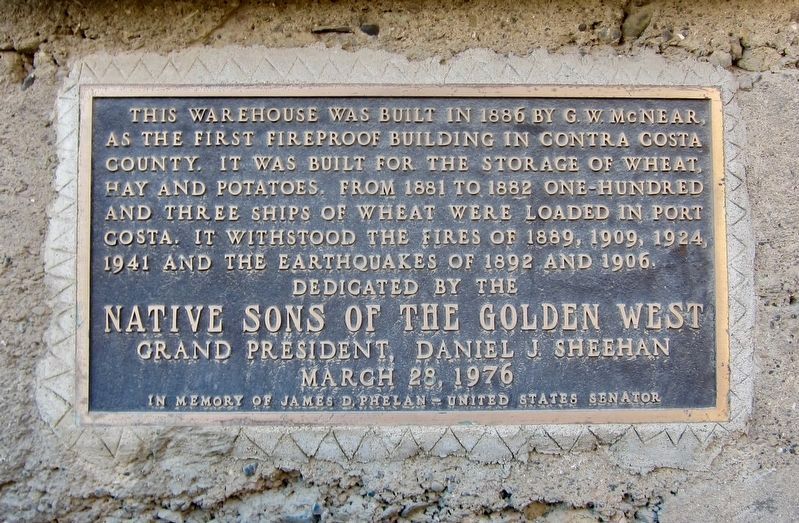 December 16, 2015
1. McNear Warehouse Marker
Inscription.
McNear Warehouse. . This warehouse was built in 1886 by G.W. McNear, as the first fireproof building in Contra Costa County. It was built for the storage of wheat, hay and potatoes. From 1881 to 1882 one-hundred and three ships of wheat were loaded in Port Costa. It withstood the fires of 1889, 1909, 1924, 1941 and the earthquakes of 1892 and 1906. . This historical marker was erected in 1976 by Native Sons of the Golden West. It is in Port Costa in Contra Costa County California

Erected 1976 by Native Sons of the Golden West.

Topics and series. This historical marker is listed in this topic list: Industry & Commerce. In addition, it is included in the Native Sons/Daughters of the Golden West series list.

Other nearby markers. At least 8 other markers are within 2 miles of this marker, measured as the crow flies. The Burlington Hotel (a few steps from this marker); Anza Expedition of 1776 (approx. ¾ mile away); Commodore Jones Point 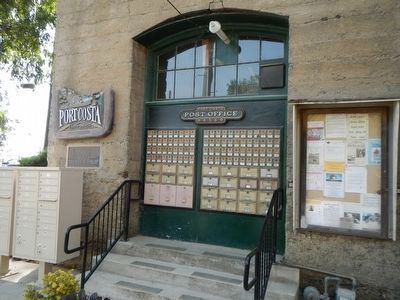 Photographed By Barry Swackhamer, April 26, 2016
2. McNear Warehouse Marker
The marker is to the left of the post office boxes.

More about this marker. The McNear Warehouse is located at the end of Canyon Lake Drive, down by the waterfront. 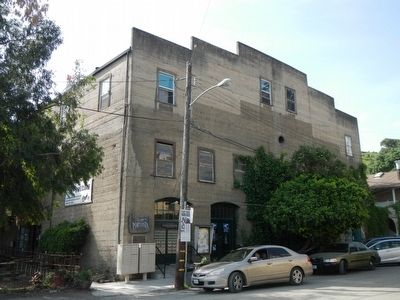