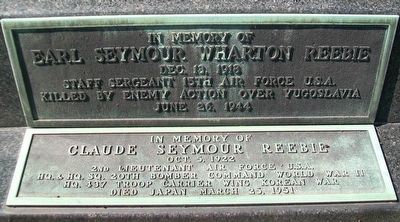 Location. 41° 57.593′ N, 87° 39.582′ W. Marker is in Chicago, Illinois, in Cook County. Memorial is at the intersection of Lake Avenue and Main Avenue, on the left when traveling north on Lake Avenue. Monument is in Graceland Cemetery. Touch for map. Marker is at or near this postal address: 4001 North Clark Street, Chicago IL 60613, United States of America. Touch for directions. 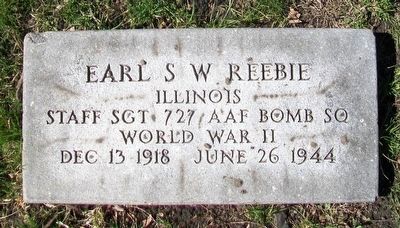 Regarding Earl Seymour Wharton Reebie. The 727th Bombardment Squadron (Heavy) was equipped with B-24 Liberator bombers and assigned to the 451st Bombardment Group. 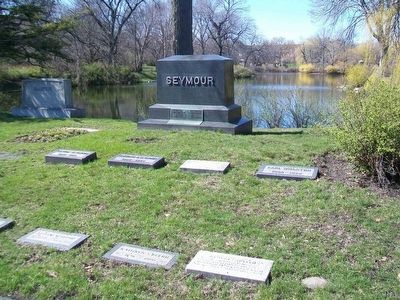