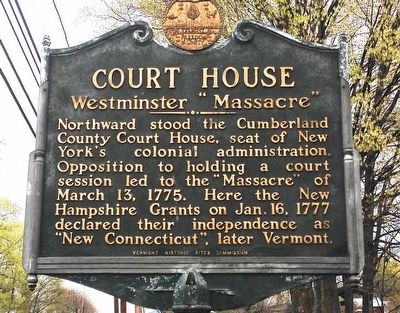 Topics. This historical marker is listed in this topic list: Colonial Era. A significant historical date for this entry is March 13, 1775.

Other nearby markers. At least 8 other markers are within 5 miles of this marker, measured as the crow flies. The Westminster Massacre (within shouting distance of this marker); Bradley Law Office (approx. ¼ mile away); Westminster World War II Monument (approx. 0.3 miles away); John Kilburn Cabin (approx. 3.4 miles away in New Hampshire); First Connecticut River Bridge (approx. 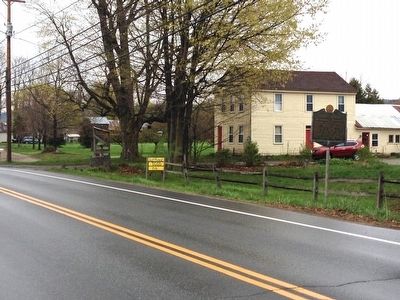