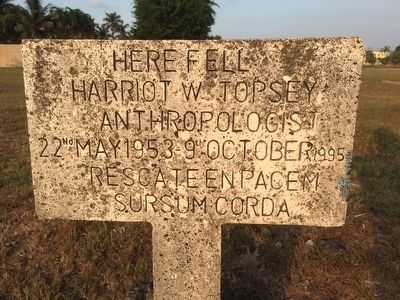 Topics. This historical marker is listed in this topic list: Anthropology & Archaeology. A significant historical date for this entry is May 22, 1953.

Regarding Harriot W. Topsey. Harriot Wentworth Topsey was the first native Belizean archaeologist and its second archaeology commissioner. He passed away tragically when 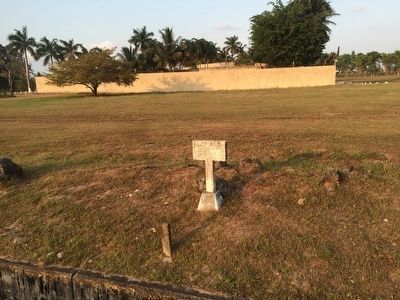 Photographed By J. Makali Bruton, May 2, 2016
2. Harriot W. Topsey Marker
The Mexican Embassy can be seen in the background.

Click or scan to see
this page online
his vehicle went into this deep ditch here in Belmopan. It is not known why this marker chooses to describe him as an anthropologist, which would have seemed to be a minor role to his major role as archaeologist.