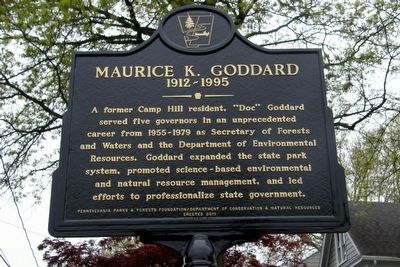 Photographed By Larry Gertner, May 3, 2016
1. Maurice K. Goddard Marker
The marker style is the same as used by the Pennsylvania Historical Marker Commission.
Inscription.
Maurice K. Goddard. A Former Camp Hill resident, “Doc” Goddard served five governors in an unprecedented career from 1955-1979 as Secretary of Forests and Waters and the Department of Environmental Resources. Goddard expanded the state park system, promoted science-based environmental and natural resource management, and led efforts to professionalize state government. . This historical marker was erected in 2011 by Pennsylvania Parks and Forest Foundation/Department of Conservation and Natural Resources. It is in Camp Hill in Cumberland County Pennsylvania

Topics. This historical marker is listed in this topic list: Environment.

Photographed By Larry Gertner, May 3, 2016
2. Willow Park, Camp Hill
Goddard marker is on the left side of the park; PHMC "Cumberland Riflemen" in on the right. 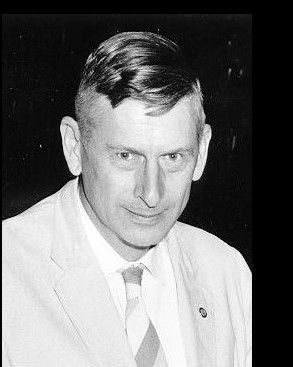 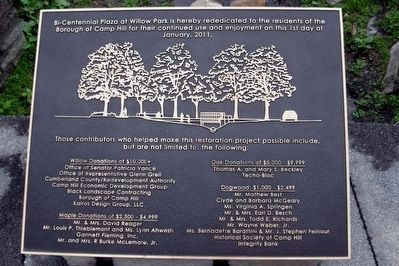