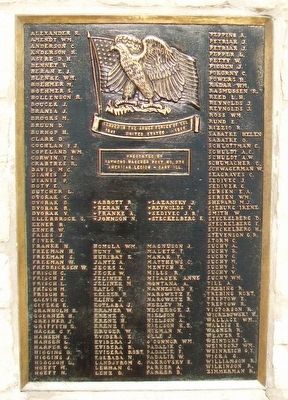 American Legion Raymond Wauscher 275 Fox River Grove VFW 4213 West River Concrete Meyer Material D and M Yard Maintenance Klingl Electric and to all the patriotic individuals who supported or helped this project become a reality Memorial Day May 27, 1996. . This memorial was erected by Raymond-Wascher Post No. 276 American Legion - Cary Ill.. It is in Cary in McHenry County Illinois

Served in the Armed Forces
of the United States

Topics. This historical marker memorial is listed in these topic lists: Fraternal or Sororal Organizations • Patriots & Patriotism • War, World II. A significant historical date for this entry is May 27, 1996. 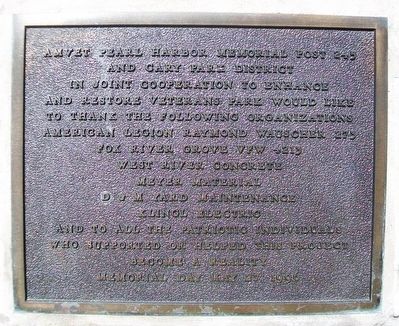 Click or scan to see
this page online
42° 12.578′ N, 88° 14.335′ W. Marker is in Cary, Illinois, in McHenry County. Marker is on Park Avenue west of 1st Street, on the left when traveling west. Touch for map. Marker is at or near this postal address: Veterans Park, Cary IL 60013, United States of America. Touch for directions. 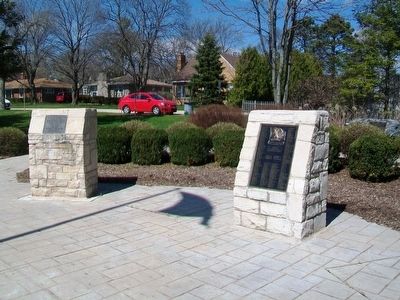 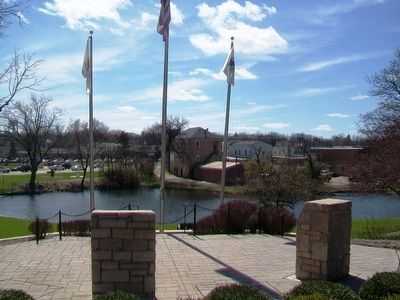