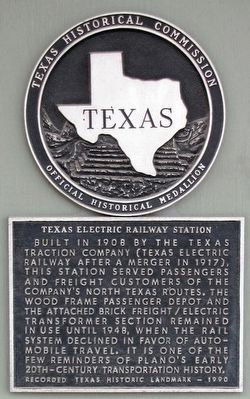 Built in 1908 by the Texas Traction Company (Texas Electric Railway after a merger in 1917), this station served passengers and freight customers of the company's North Texas routes. The wood frame passenger depot and the attached brick freight/electric transformer section remained in use until 1948, when the rail system declined in favor of automobile travel. It is one of the few reminders of Plano's early 20th-century transportation history.
Recorded Texas Historic Landmark - 1990

Topics and series. This historical marker is listed in this topic list: Railroads & Streetcars. In addition, it is included in the Daughters of the American Revolution series list. A significant historical year for this entry is 1908. 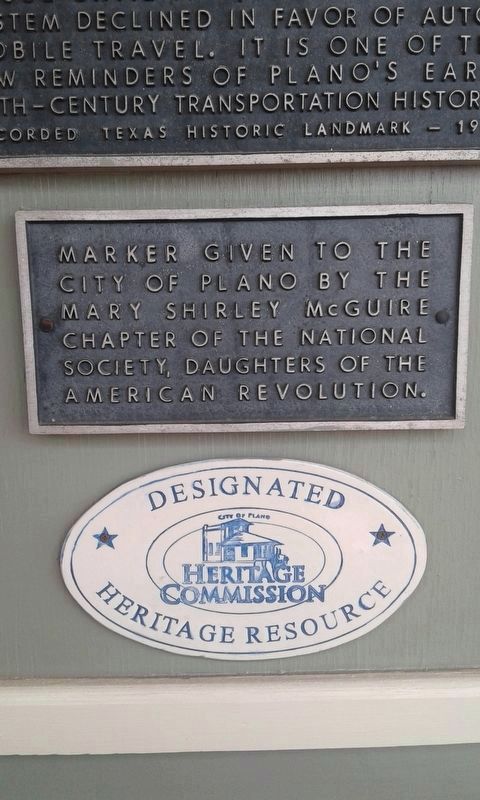 More about this marker. This is a medallion and plate marker mounted with a frame around it on the wall of the building to the left of the door of the station. 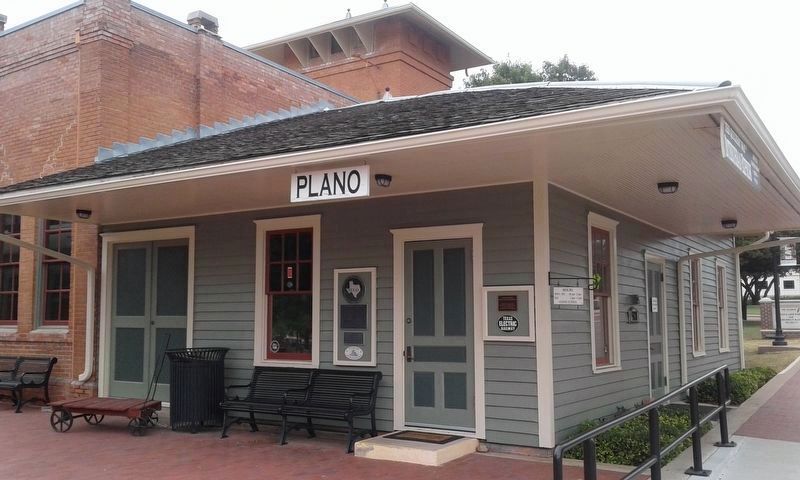 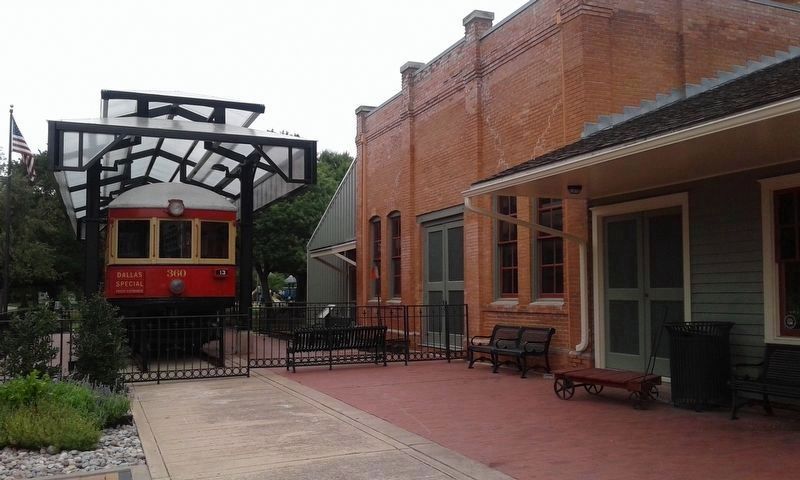 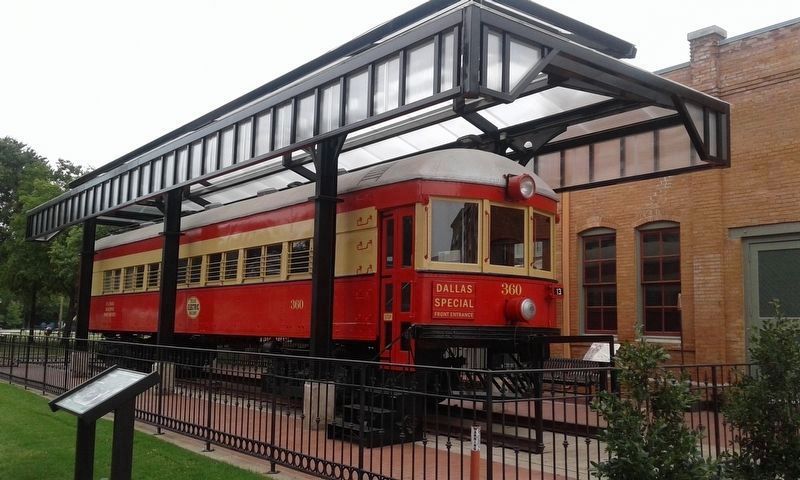