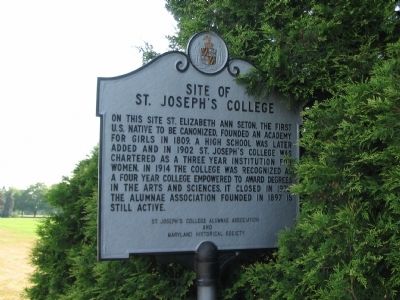 On this site St. Elizabeth Ann Seton, the first U.S. native to be canonized, founded an academy for girls in 1809. A high school was later added and in 1902 St. Joseph's College was chartered as a three year institution for women. In 1914 the college was recognized as a four year college empowered to award degrees in the arts and sciences. It closed in 1973. The alumnae association founded in 1897 is still active.

Location. 39° 41.784′ N, 77° 19.812′ W. Marker is in Emmitsburg, Maryland, in Frederick County. Marker is on South Seton Avenue (Business U.S. 15), on the right when traveling north. Located near the entrance to the National Emergency Training Center, on the southwest corner of Seton Center. Touch for map. Marker is at or near this postal address: 16840 South Seton Avenue, Emmitsburg MD 21727, United States of America. Touch for directions.

Other nearby markers. At least 8 other markers are within walking distance of this marker. St. Elizabeth Ann Seton (a few steps from this marker); Historic Emmitsburg, MD (about 500 feet away, measured in a direct 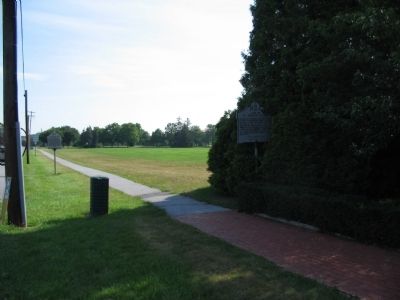 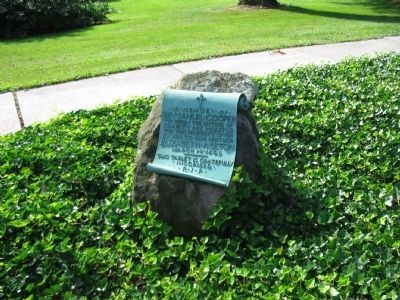 By Craig Swain, June 22, 2008
3. In Memory of Rev. Samuel Cooper
to whom the sisters of Charity are indebted for this property given by him to our mother Elizabeth A. Seton. March 14, 1809. This tablet is gratefully inscribed, R.I.P.
More. Search the internet for Site of St. Joseph's College.