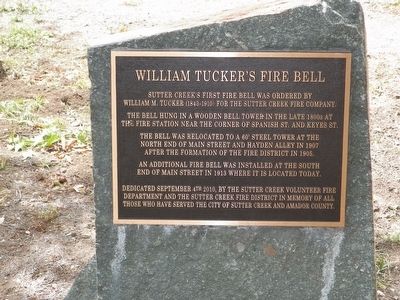 The bell hung in a wooden bell tower in the late 1800s at the fire station near the corner of Spanish St. and Keyes St.

The bell was relocated to a 60' steel tower at the north end of Main Street and Hayden Alley in 1907 after the formation of the fire district in 1905.

An additional fire bell was installed at the south end of Main Street in 1913 where it is located today.

Topics and series. This historical marker is listed in this topic list: Landmarks. In addition, it is included in the Historic Bells series list. A significant historical year for this entry is 1907. 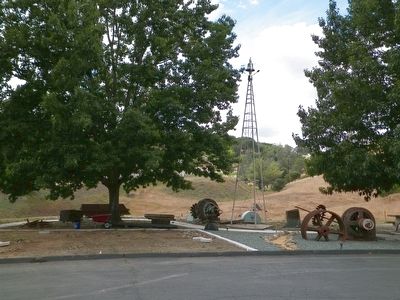 Click or scan to see
this page online
, California, in Amador County. Marker is on Hanford Street (Old State Highway 49), on the right. There is a little park with mining and generating equipment, the bell tower and the marker at the fire station. Touch for map. Marker is at or near this postal address: 350 Hanford Street, Sutter Creek CA 95685, United States of America. Touch for directions. 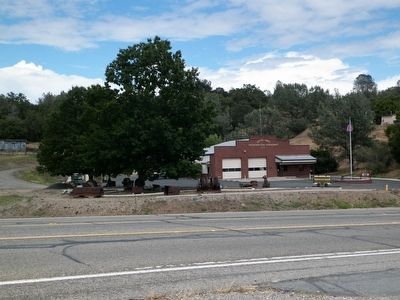 Photographed By James King, May 21, 2016
3. Sutter Creek Fire Protection Station
Marker is amongst the trees in the little park with the mining and generating equipment. 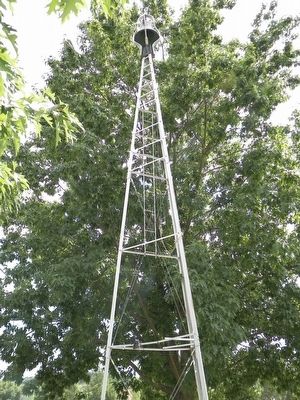 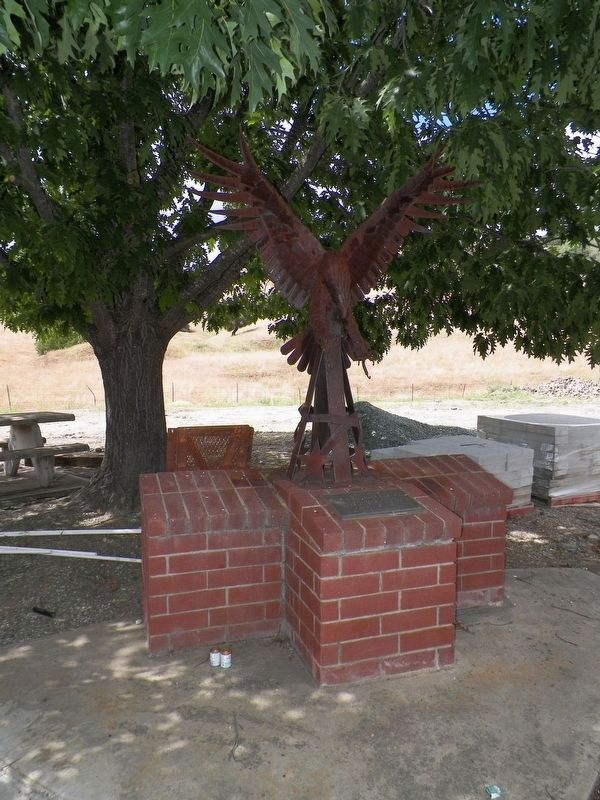 Photographed By James King, May 21, 2016
5. Eagle Sculpture
Near the marker 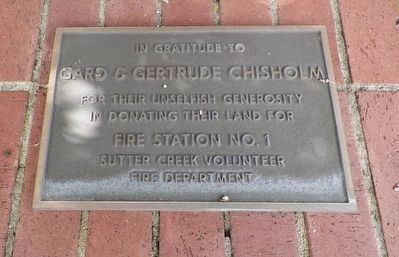 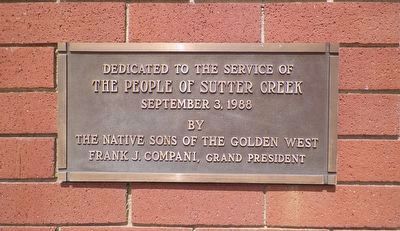