29th President of the United States 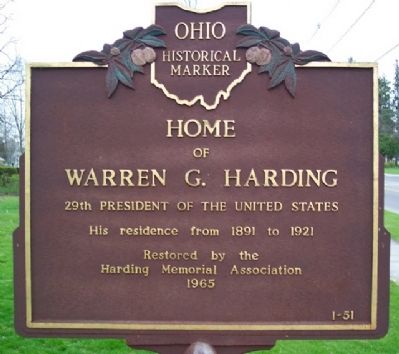 Restored by the Harding Memorial Association

Topics and series. This historical marker is listed in this topic list: Government & Politics. In addition, it is included in the Ohio Historical Society / The Ohio History Connection series list. 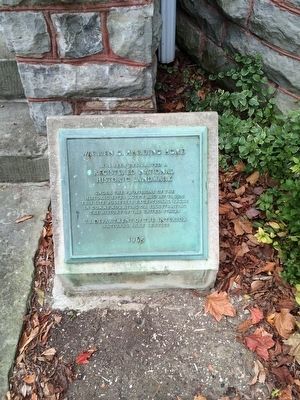 More about this marker. This marker no longer stands. It was removed when new signage was installed. According to the site director, there are no plans to reinstall it in the near future. 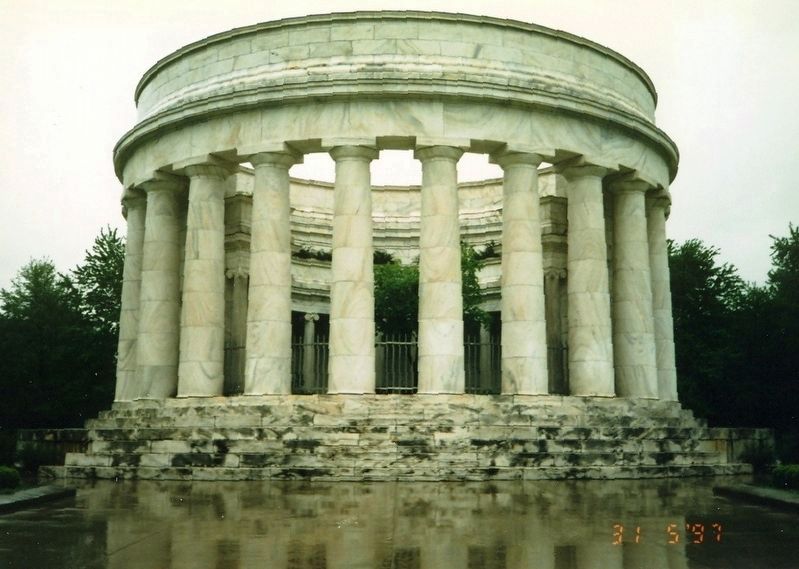 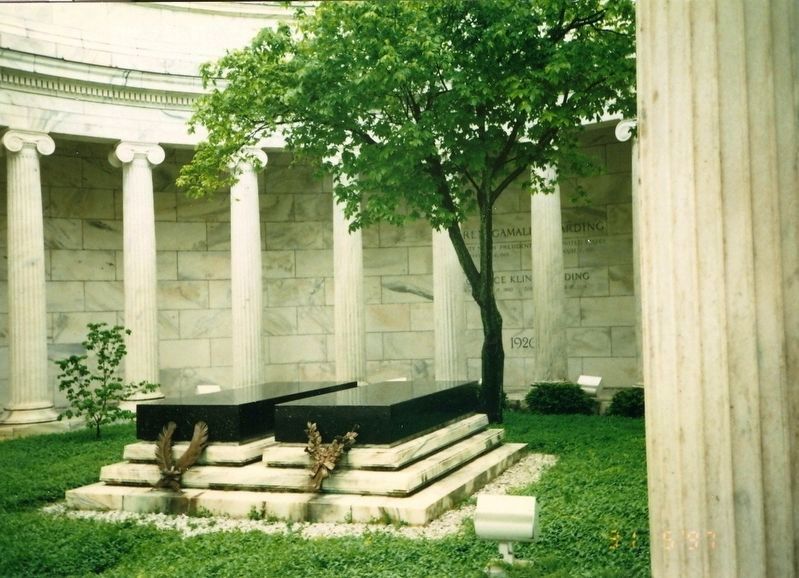 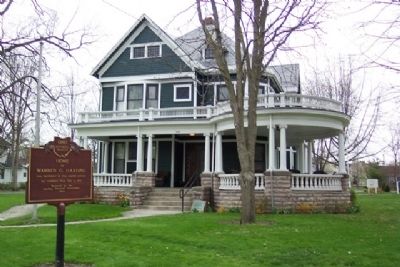 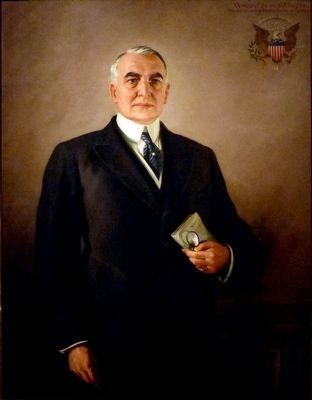 “The first two decades of the twentieth century had been marked by American involvement in a world war and a host of progressive reforms in the country's economic and social institutions. By 1920, voters wanted a rest from all this change and ferment and were ready for a brand of White House leadership that did not threaten the status quo. In Warren G. Harding, that year's Republican presidential candidate, they found what they wanted. A convivial onetime newspaper editor, Harding made ‘normalcy’ the keynote of his campaign. Although the meaning of the newly coined term was uncertain, it at least promised no unsettling changes.

Harding's administration was marked by scandals. A trusting individual, he appointed cronies to his administration who proved all too ready to use their offices for private gain. Harding, however, escaped having to face the corrupt behavior of his appointees. Just as stories of their wrongdoing were coming to light, he collapsed and died.” — National Portrait Gallery 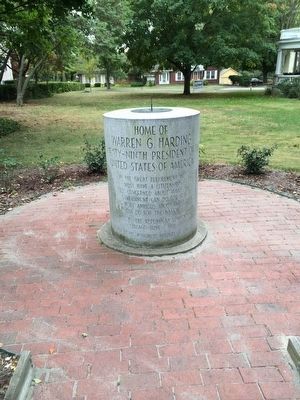