Respectfully dedicated to the memory of the men and women
of Montgomery County who made the supreme sacrifice in
World War Two.   1941—1945

Around the circular monument
On Land, On Sea, and in the Air They Died That the Four Freedoms Might Live On ☆
Freedom of Speech
Freedom of Worship
Freedom from Fear
Freedom from Want

Erected by the Montgomery Civitan Club.

Topics. This monument and memorial is listed in this topic list: War, World II. 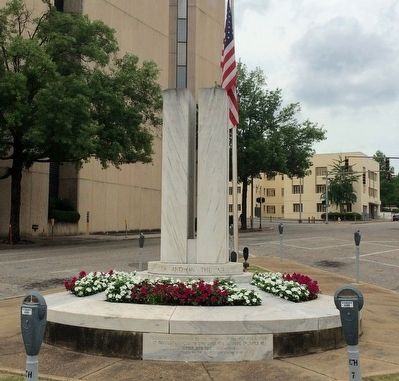 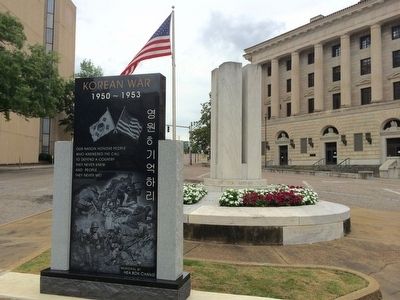