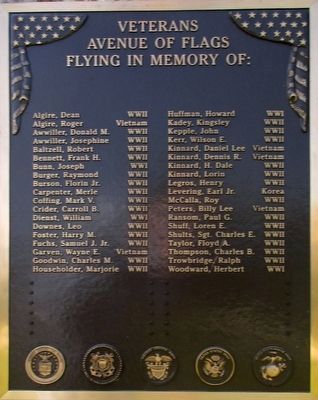 Veterans
Avenue of Flags
Flying in Memory of:

Topics. This memorial is listed in these 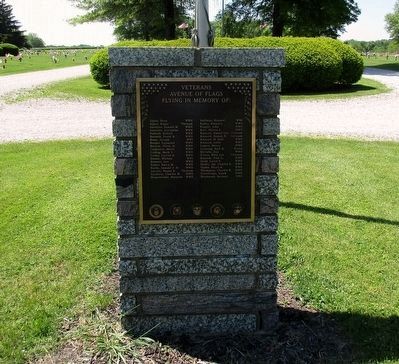 Photographed By Rev. Ronald Irick, May 27, 2016
2. Veterans Avenue of Flags Marker
Full view of marker, behind this flag pole, to the south, are several more flag poles, forming an "Avenue of Flags" 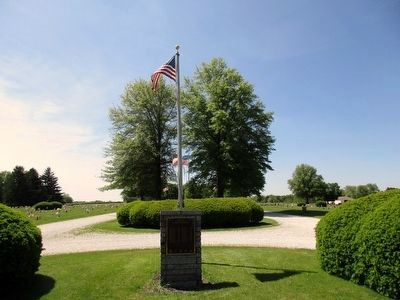