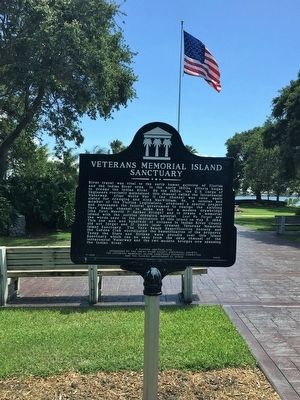 River travel was vital to the early human activity of Florida and the Indian River area. In the early 1900's, efforts began to dredge the Indian River. By the 1930's, the U.S. Corps of Engineers routinely maintained this channel called the Intracoastal Waterway. After World War II the channel was once again slated for dredging and Alex MacWilliam, Sr., a veteran and member of the Florida Legislature, proposed a special project and persuaded the federal government to realign the existing Vero Beach channel to make way for a modern drawbridge (the first Merrill P. Barber Bridge) and to create a memorial island with the surplus dredging material. Lest We Forget are the words used in the dedication of this island on May 3, 1964. This one man and hundreds of citizens in Indian River County did not forget and 17 years later created Veterans Memorial Island Sanctuary. The Vero Beach Beautification Society and the Garden Club coordinated the beautification of the property. Today the Stars and Stripes wave proudly over this Island Sanctuary which can be seen from the deep channel of the Intracoastal Waterway and the two modern bridges now spanning 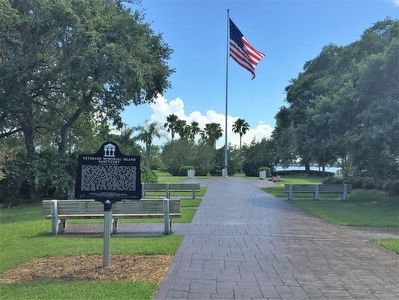 Click or scan to see
this page online
the Indian River.

Location. 27° 38.86′ N, 80° 22.113′ W. Marker is in Vero Beach, Florida, in Indian River County. Memorial can be reached from Dahlia Lane west of Riverside Park Drive when traveling west. The marker is on the island within the park. Touch for map. Marker is in this post office area: Vero Beach FL 32963, United States of America. Touch for directions. 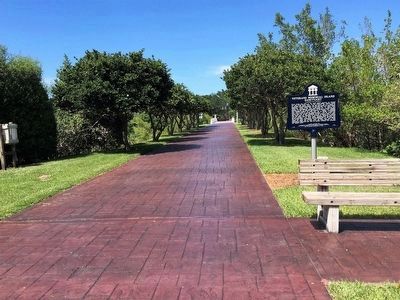 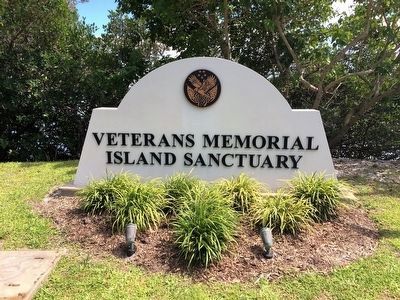