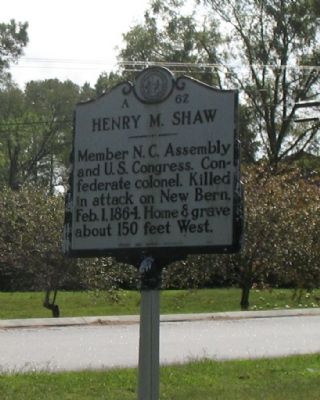 Erected 1967 by Archives and Highway Departments. (Marker Number A-62.)

Topics. This historical marker is listed in this topic list: War, US Civil. A significant historical month for this entry is February 1800. 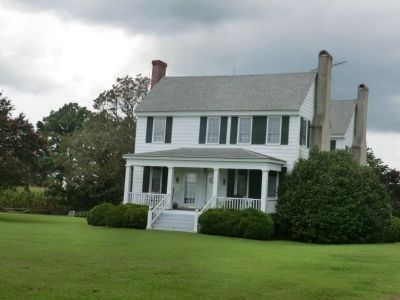 Click or scan to see
this page online
Henry M. Shaw represented Currituck County in the secession convention but resigned from the convention to become colonel of the Eighth Regiment, North Carolina Troops. Shaw was in command at Roanoke Island in February 1862 when the regiment was captured by Union forces under General Ambrose E. Burnside. Henry M. Shaw was born in Newport, Rhode Island, November 20, 1819, to John Allen and Betty Marchmore Shaw. Although the family moved south due to financial hardships, Shaw was able to pursue his medical education at the University of Pennsylvania with the assistance of a benefactor. Upon graduation, he established a medical practice in Indiantown (Currituck County).

Henry M. Shaw became active in politics, serving in the state senate in 1851. He was elected to the U.S. House of Representatives from the first district in 1853 and 1857. After his regiment’s capture on Roanoke Island February 8, Shaw remained imprisoned until he was exchanged in November of that year in Virginia. He resumed command of his reformed regiment at Camp Mangum. Henry M. Shaw was killed in the skirmish at Batchelder’s Creek on February 1, 1864. Shaw married Mary Riddick Trotman of Camden County. The couple had three children. Henry and Mary Shaw are buried at their home in Shawboro. 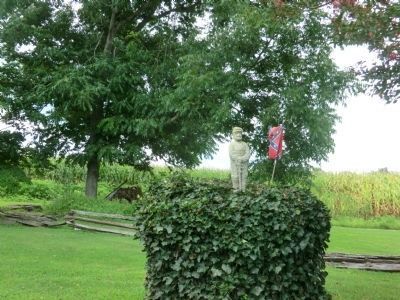 copied from the North Carolina Department of Cultural Resources 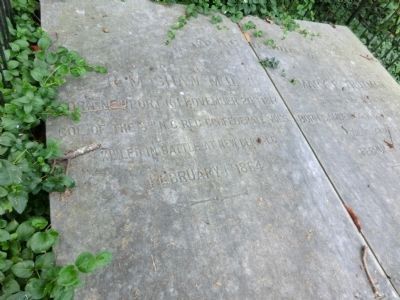 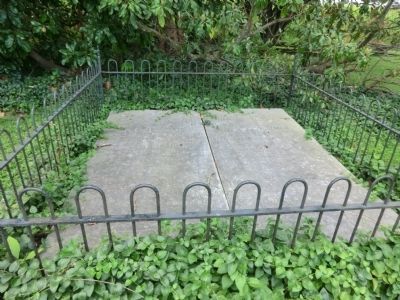 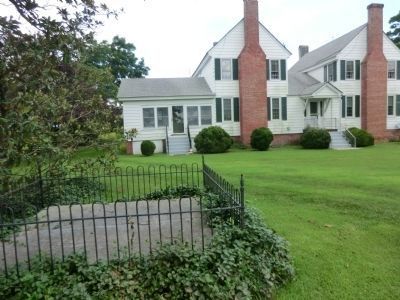 By Don Morfe, August 11, 2014
6. Henry M. Shaw Tombstone with residence in the background 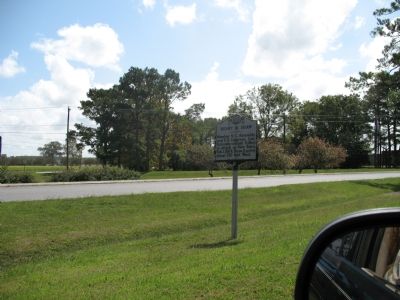