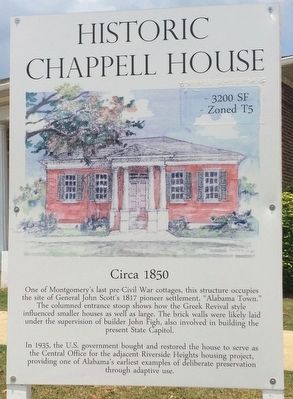 Photographed By Mark Hilton, June 11, 2016
1. Historic Chappell House Marker
Inscription.
Historic Chappell House. Circa 1850. , One of Montgomery's last pre-Civil War cottages, this structure occupies the site of General John Scott's 1817 pioneer settlement, "Alabama Town." , The columned entrance stoop shows how the Greek Revival style influenced smaller houses as well as large. The brick walls were likely laid under the supervision of builder John Figh, also involved in building the present State Capitol., In 1935, the U.S. Government bought and restored the house to serve as the Central Office for the adjacent Riverside Heights housing project, providing one of Alabama's earliest examples of deliberate preservation through adaptive use. . This historical marker is in Montgomery in Montgomery County Alabama

In 1935, the U.S. Government bought and restored the house to serve as the Central Office for the adjacent Riverside Heights housing project, providing one of Alabama's earliest examples of deliberate preservation through adaptive use.

Topics. This historical marker is listed in this topic list: Architecture. A significant historical year for this entry is 1817. 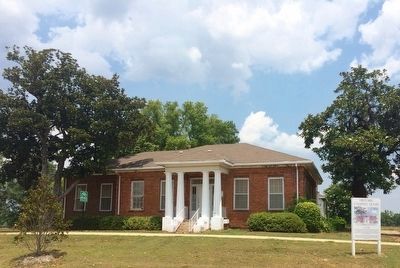 Photographed By Mark Hilton, June 11, 2016
2. Historic Chappell House (circa 1850)
The large oak tree, near the side of the house, apparently pre-dates the house.

Regarding Historic Chappell House. The land where the James Chappell House stands, and where its fields were once tended, was General Scott's first settlement in 1817-1818. Scott was inspired to name his settlement "Alabama Town" because he was aware that long ago the site was the home of the ancient Alabama Indians, also written as "Alibamo."

The land around the Chappell House was referred to informally and in official documents as "Old Town Plantation" in reference to the ancient Indian site.

Additional commentary.
1. Longevity of marker.
It is not very apparent just how long this marker will last. The 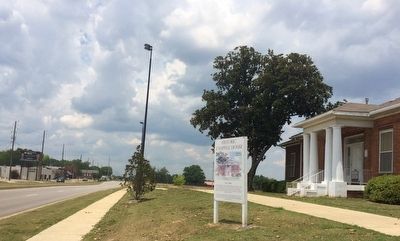 Photographed By Mark Hilton, June 11, 2016
3. Chappell House & Marker looking west on Maxwell Boulevard.
The land to the side and behind the Chappell house is the former Maxwell Air Force Base, RIverside Heights housing area. The Maxwell AFB main gate is on the right about 0.6 miles west.
house and land around it is up for redevelopment but to include the house in that redevelopment. Time will tell. 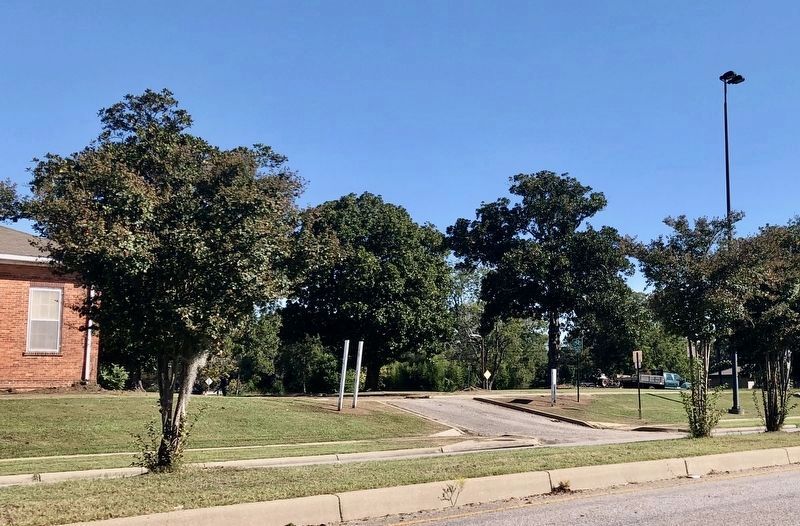 Photographed By Mark Hilton, October 14, 2020
4. Historic Chappell House Marker is missing.
Marker was where the two white posts are located. Possibly the marker was taken down due to the newer, nearby metal marker. 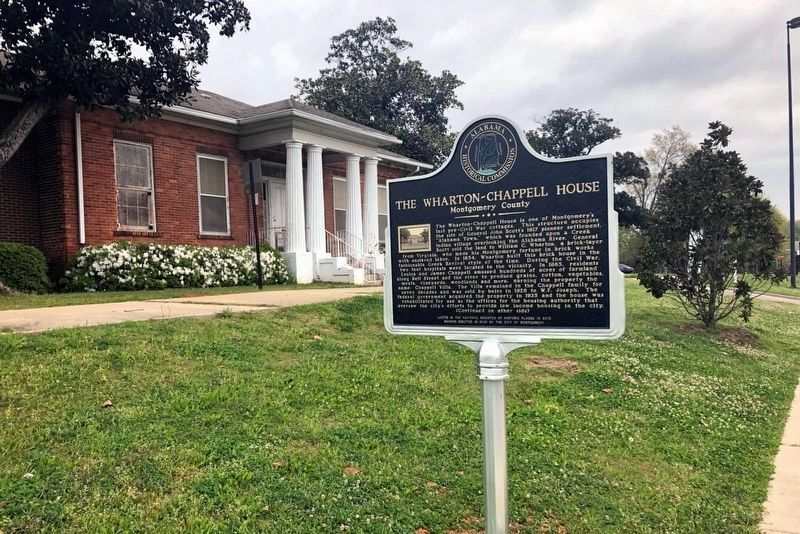