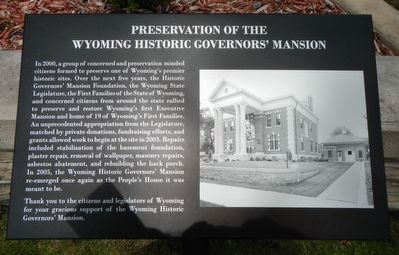 In 2000, a group of concerned and preservation minded citizens formed to preserve one of Wyoming's premier historic sites. Over the next five years, the Historic Governor's Mansion Foundation, the Wyoming State Legislature, the First Families of the State of Wyoming and concerned citizens from around the state rallied to preserve and restore Wyoming's first Executive Mansion and home of 19 of Wyoming's First Families. An unprecedented appropriation from the Legislature, matched by private donations, fundraising efforts, and grants allowed work to begin at the site in 2003. Repairs included stabilization of the basement foundation, plaster repairs, removal of wallpaper, masonry repairs, asbestos abatement, and rebuilding the back porch. In 2005, the Wyoming Historic Governor's Mansion re-emerged once again as the People's House it was meant to be.
Thank you to the citizens and legislators of Wyoming for your gracious support of the Wyoming Historic Governor's Mansion. 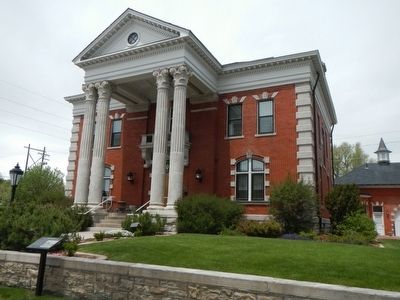