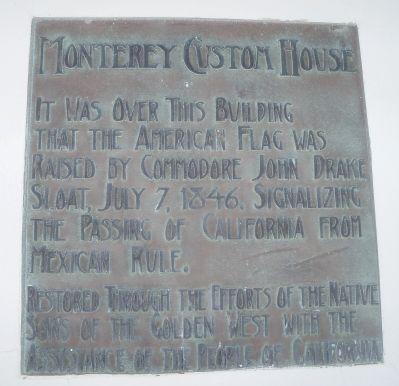 Photographed By James King, July 7, 2012
1. Monterey Custom House Marker
Inscription.
Monterey Custom House. . It was over this building that the American flag was raised by Commodore John Drake Sloat, July 7, 1846, signalizing the passing of California from Mexican rule., Restored through the efforts of the Native Sons of the Golden West with the assistance of the people of California. . This historical marker was erected in 1905 by Native Sons of the Golden West. It is in Monterey in Monterey County California

It was over this building that the American flag was raised by Commodore John Drake Sloat, July 7, 1846, signalizing the passing of California from Mexican rule.

Restored through the efforts of the Native Sons of the Golden West with the assistance of the people of California.

Topics and series. This historical marker is listed in these topic lists: Notable Buildings • War, Mexican-American. In addition, it is included in the California Historical Landmarks, and the Native Sons/Daughters of the Golden West series lists. A significant historical date for this entry is July 7, 1846.

Location. 36° 36.194′ N, 121° 53.617′ W. Marker is in Monterey, California, in Monterey County. Marker can be reached from Lighthouse Avenue. The Custom House is on the edge of the plaza near Fisherman's Wharf. This marker is on the back wall. Touch for map. Marker is in this post office area: Monterey CA 93940, United States of America. Touch for directions.

Other nearby markers. At least 8 other markers are within walking distance of this marker. The Custom House (a few steps from this marker); a different marker also named Custom House 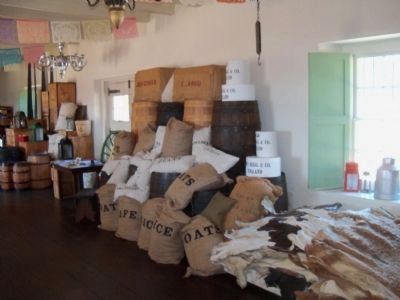 Photographed By James King, July 7, 2012
2. Inside the Monterey Custom House Museum
Hides were exported in trade for finished goods like cloth and dishes.

Regarding Monterey Custom House. The Custom House is the oldest government building in the state of California. It now houses a museum depicting the types of goods that would have come and gone (and been taxed) here.

3. Old Custom-House at Monterey is Leased to the Native Sons 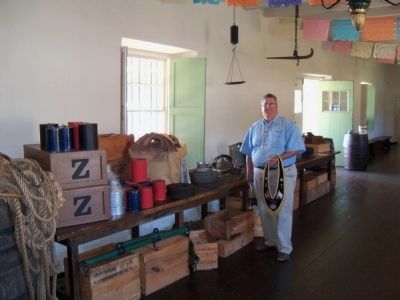 Photographed By James King, July 7, 2012
3. Inside the Monterey Custom House
NSGW Grand Trustee, Carey Pearce
. From The San Francisco Call, Vol. 87, No. 92, Page 4, 31 August 1900
[Customs] Collector Jackson has furnished to the Treasury Department at Washington a history of the old Custom-house at Monterey, which has been leased by the Government to the Native Sons of the Golden West for five years at $1 per year. The following is the Collector's contribution to history:

"The foundations of this historic building were laid by direction of the Government of Spain about 1816, and its construction was continued by that Government until the revolt of Mexico, when operations for a time entirely ceased.
After the independence of Mexico the work of construction was recommenced by that Government in 1824 and continued with more or less vigor until the American occupation in 1846. During this period the towers at the extreme ends of the building were so far completed as to become ready for occupation by the Mexican officials.
When Colonel John C. Fremont commanded the bear flag forces he made the old building his official headquarters.
The crowning historical glory of the old structure occurred on the 7th of July, 1846. On that date Commodore J. D. Sloat of the United States frigate Savannah landed 230 marines and sailors, hauled down the Mexican flag and hoisted the Stars and Stripes, taking possession at the country in the name of the United States Government. 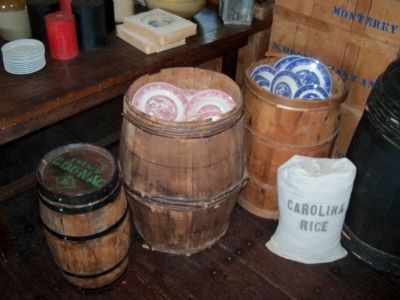 Photographed By James King, July 7, 2012
4. Early California Trade Goods
This flag was the first ever hoisted by authority of the United States within the territorial limits of California. The staff upon which this flag was hoisted still remains in its original position. At this time the building was still unfinished and the United States Government forthwith completed the work which was the continuous labors of three governments, Spain, Mexico and the United States.
Following the American occupation a customs district was established, which was continued up to 1861, when it was merged into the San Francisco district, leaving only an inspector.
Since 1879 the inspectorship has been abolished and since that time and for ten years previously the building and grounds have been under the care of a custodian appointed for that purpose by the several collectors of San Francisco.
No appropriations have been made by the Government for the use of the old building since 1869, and it now has a somewhat dilapidated appearance."

When Colonel Jackson assumed, his duties as Collector of this port he continued Thomas G. Lambert as custodian of the historic pile. Lambert has now completed a service of thirty-one years in that position.

Now that the Native Sons have possession of the old building, they will make an effort to have an appropriation provided by the Legislature to maintain a keeper at the Custom-house, as has been done 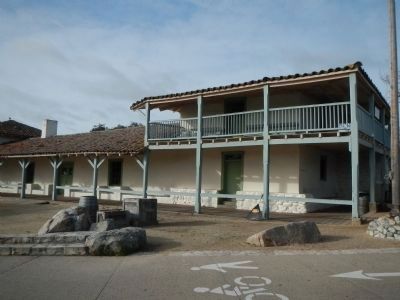 Photographed By Barry Swackhamer
5. Monterey Customhouse
in the case of the old Sutter Fort in Sacramento.
(Submitted on March 14, 2014, by James King of San Miguel, California.)

4. The San Francisco Call, 4 November 1905, p.5. The article entitled "SAVE LANDMARK FOR POSTERITY" with the dateline "Pacific Grove, Nov. 3" describes the dedication of the marker. (Submitted on June 22, 2016, by James King of San Miguel, California.) 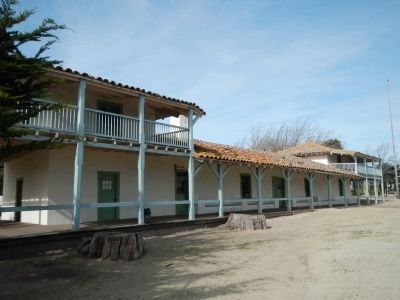 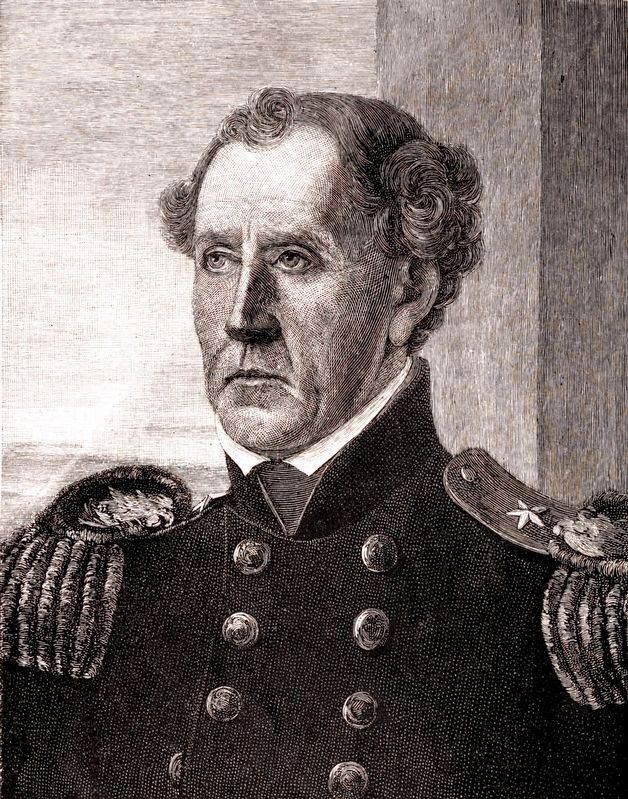 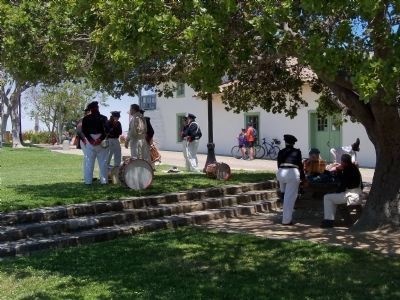 Photographed By James King, July 7, 2012
8. Monterey Custom House
This is the back (west) side. 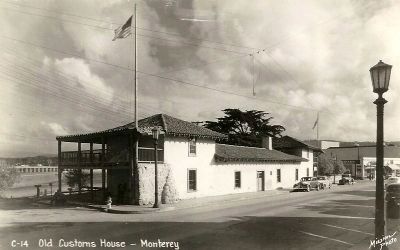