Marked by State of Wyoming
1914

Topics and series. This historical marker is listed in these topic lists: Roads & Vehicles • Settlements & Settlers. In addition, it is included in the Oregon Trail series list. A significant historical year for this entry is 1914. 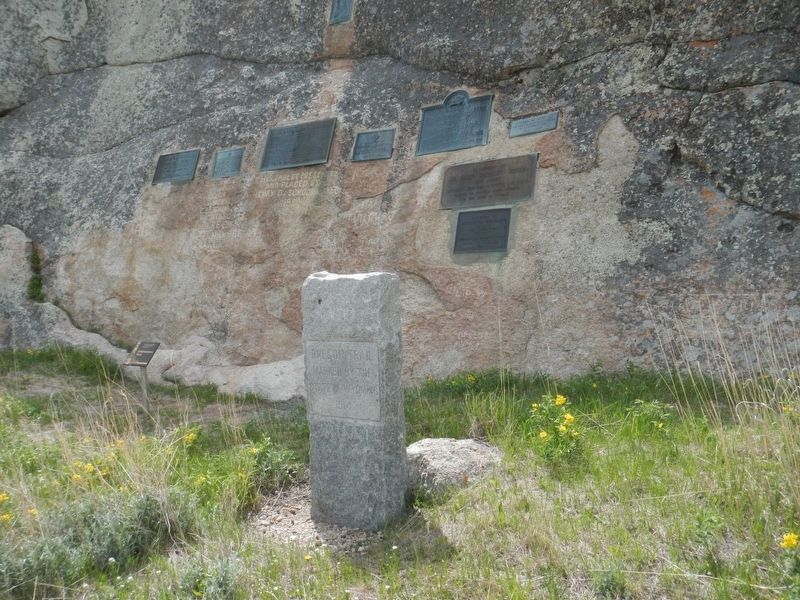 Regarding Oregon Trail. This marker is on the north side of Independence Rock at Independence Rock State Historic Site.
Credits. This page was last revised on July 1, 2016. It was originally submitted on June 30, 2016, by Barry Swackhamer of Brentwood, California. This page has been viewed 465 times since then and 63 times this year. Photos:   1, 2. submitted on July 1, 2016, by Barry Swackhamer of Brentwood, California.
Share this page.