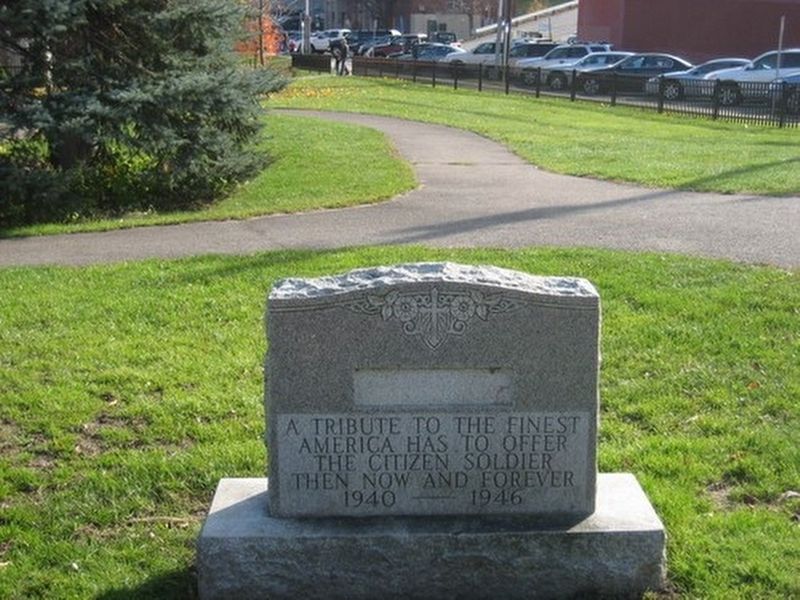 1. Dover NH WWII Memorial Marker
Inscription.
Dover NH world war two Memorial. . A tribute to the finest America has to offer the Citizen Soldier, then, now, and forever 1940-1946 . This memorial is in Dover in Strafford County New Hampshire

A tribute to the finest America has to offer the Citizen Soldier, then, now, and forever 1940-1946

Location. 43° 11.693′ N, 70° 52.445′ W. Marker is in Dover, New Hampshire, in Strafford County. Memorial is at the intersection of Washington Street and Henry Law Avenue, on the left on Washington Street. Located within Henry Law Park. Touch for map. Marker is in this post office area: Dover NH 03820, United States of America. Touch for directions.