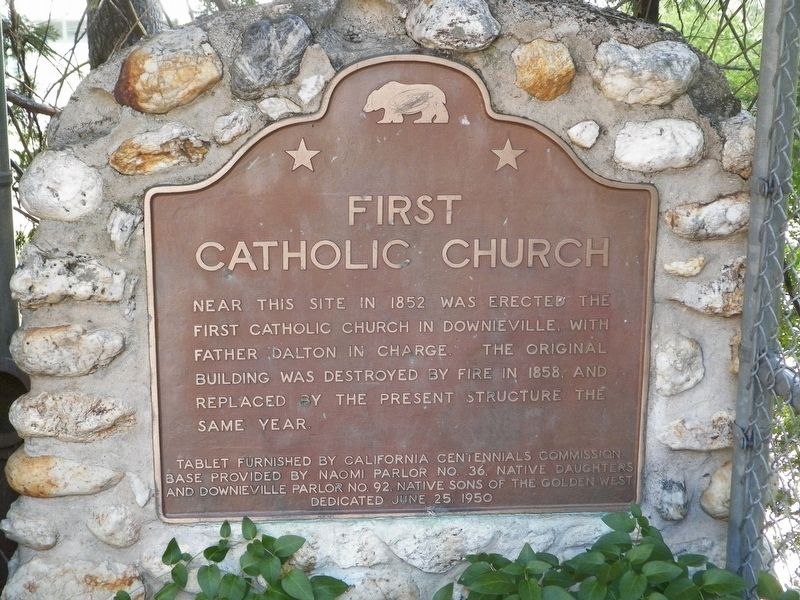 Near this site in 1852 was erected the first Catholic Church in Downieville, with Father Dalton in charge. The original building was destroyed by fire in 1858 and replaced by the present structure the same year.

Erected 1950 by California Centennials Commission. Base provided by Naomi Parlor No. 36 Native Daughters and Downieville Parlor No. 92, Native Sons of the Golden West.

Topics and series. This historical marker is listed in this topic list: Churches & Religion. In addition, it is included in the Native Sons/Daughters of the Golden West series list. A significant historical year for this entry is 1852. 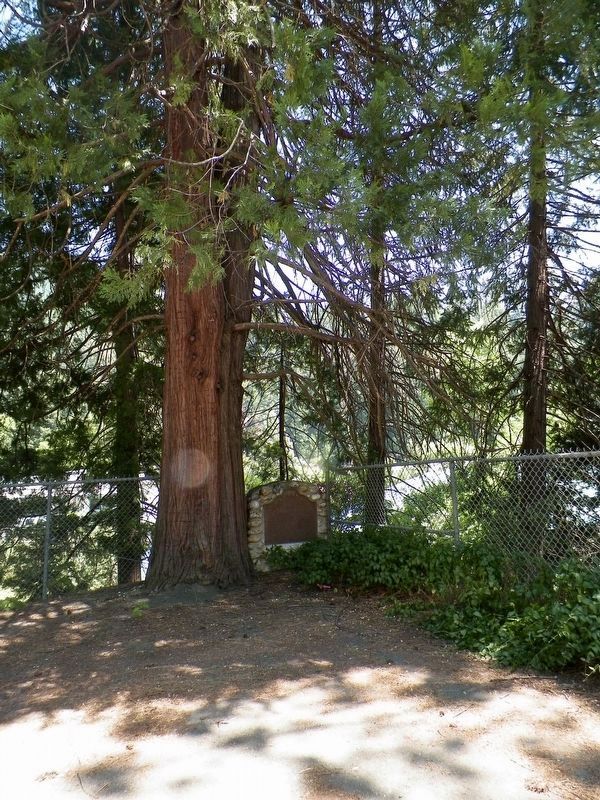 Photographed By James King, July 4, 2016
2. First Catholic Church Monument
The church is directly behind the camera.

More about this marker. If you are standing in front of, and facing, the church, the marker is behind you, across the street and in the corner of a parking area, under a tree. 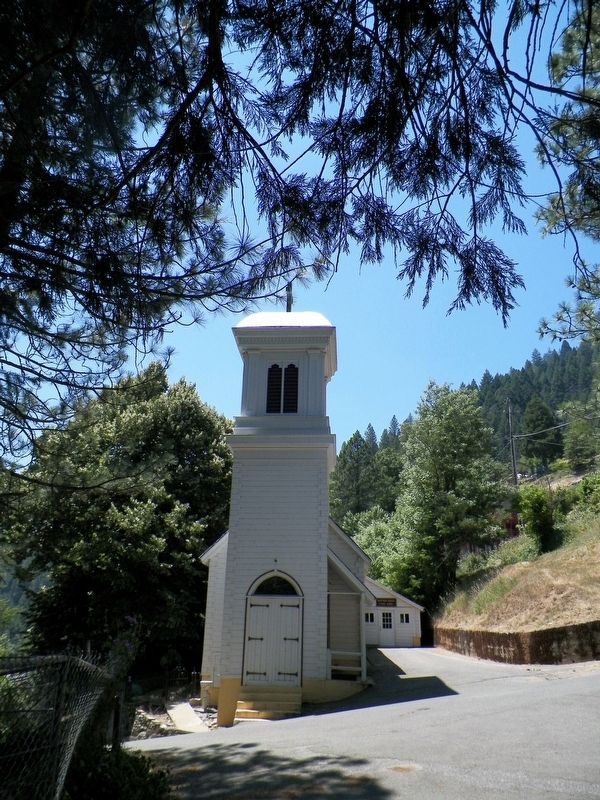