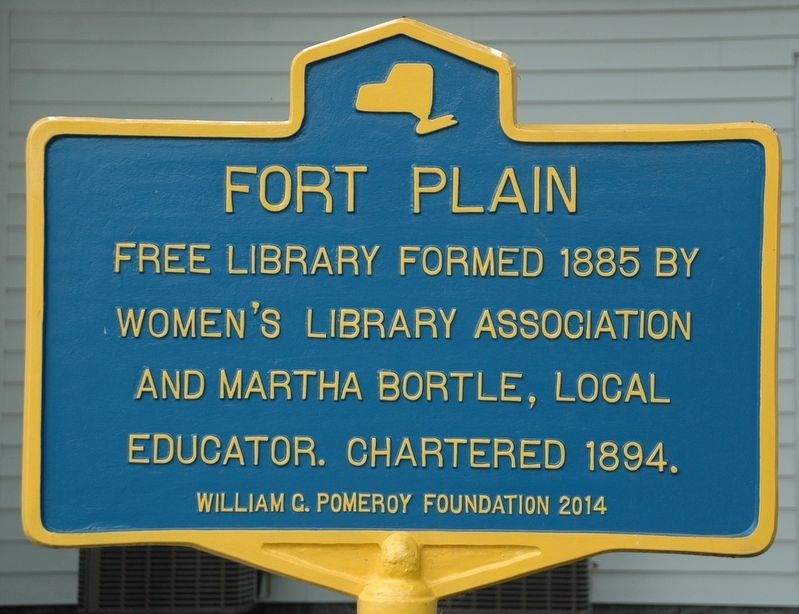 Topics and series. This historical marker is listed in these topic lists: Arts, Letters, Music • Charity & Public Work • Education. In addition, it is included in the William G. Pomeroy Foundation series list. A significant historical year for this entry is 1885. 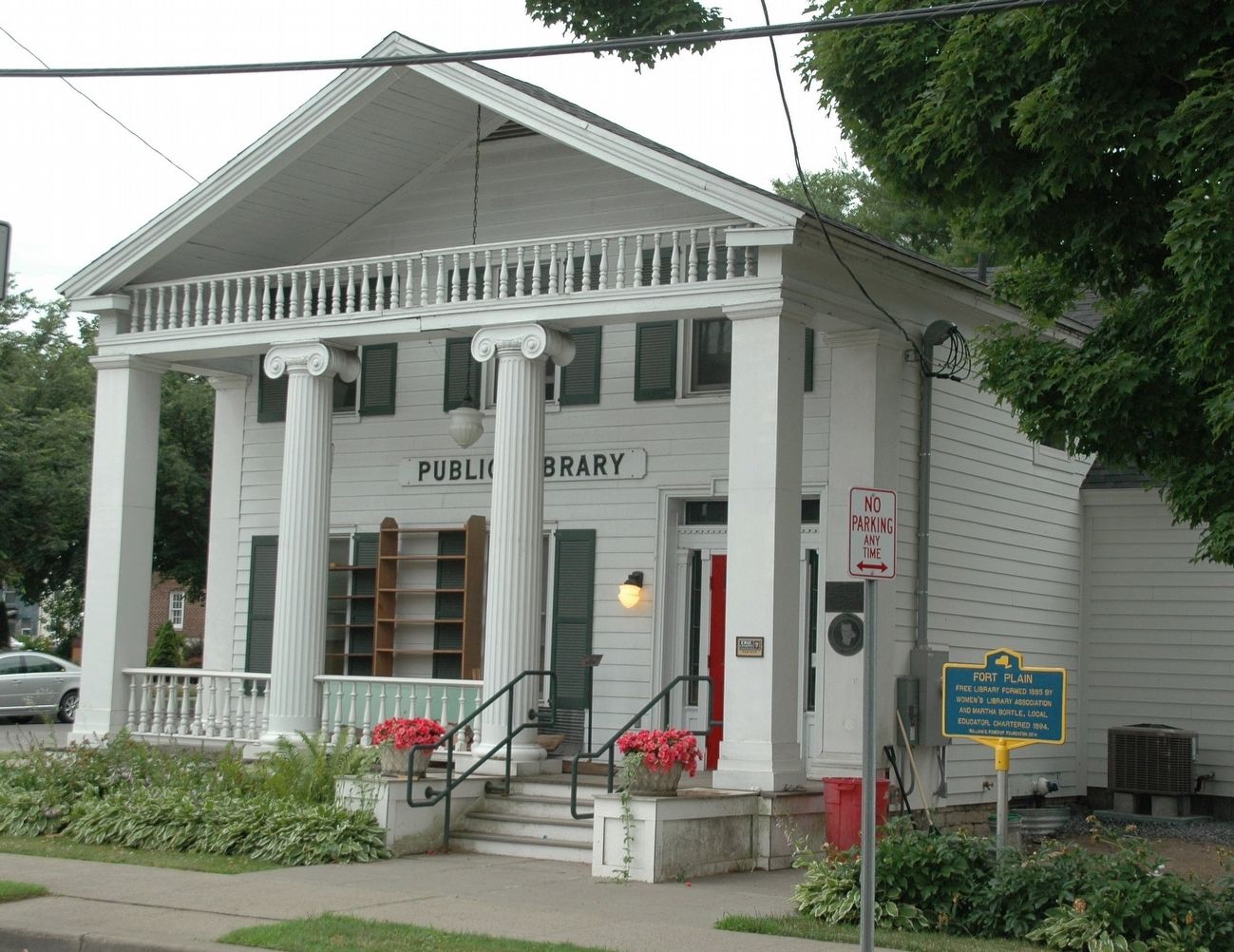 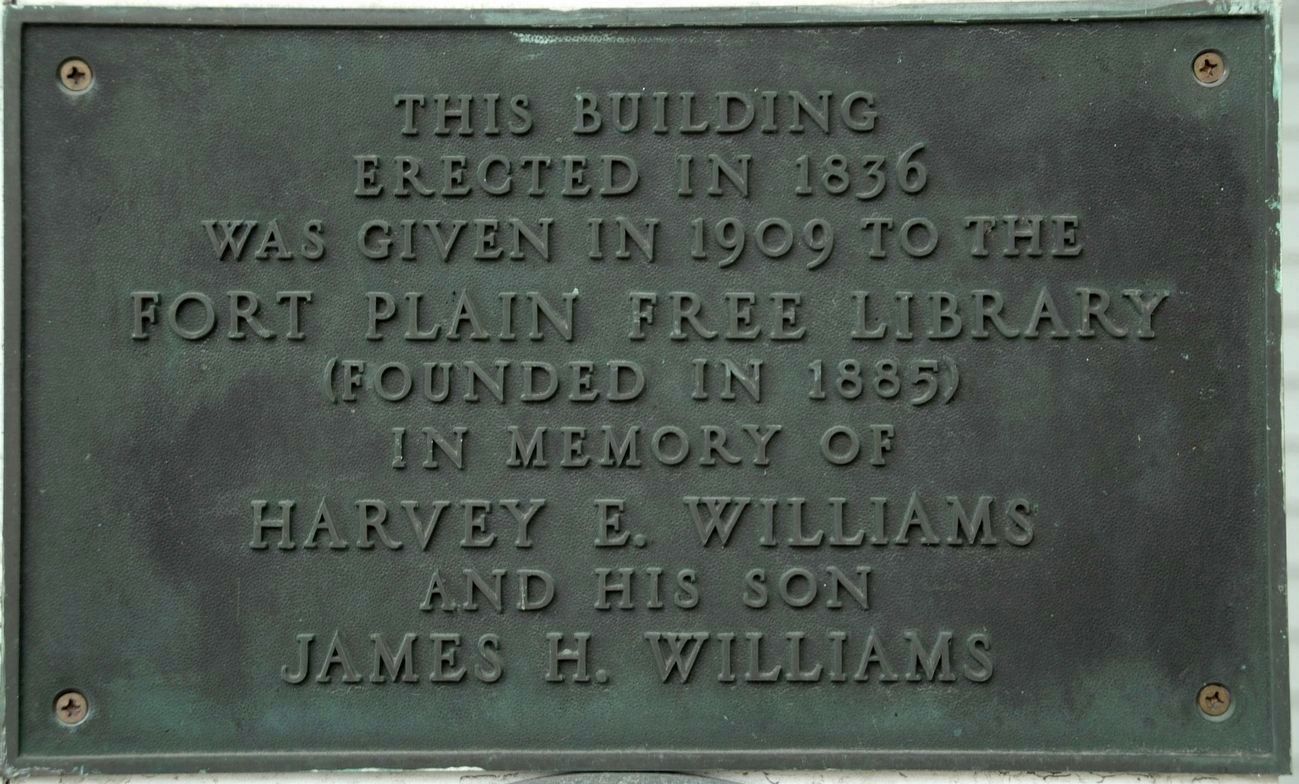 Photographed By Howard C. Ohlhous, July 8, 2016
3. Fort Plain Free Library Plaque
This plaque is mounted to the right of the main entrance to the library:

This Building
Erected in 1836
Was Given in 1909 To The
Fort Plain Free Library
(Founded in 1885)
In Memory Of
Harvey E. Williams
And His Son
James H. Williams
In 1909 the family of James H. and Harvey E. Williams presented the Greek Revival home at the corner of Willett and River streets, residence of the Tanner family, to the library association. In 1827 Harvey E. Williams opened the first tin and hardware store in Fort Plain, just two years after the completion of the Erie Canal. The Gazetteer and Business Directory of Montgomery County, N.Y. 1869-70, published by Hamilton Child & Co., Syracuse, NY 1869 has two listings for Harvey E. Williams of Fort Plain: