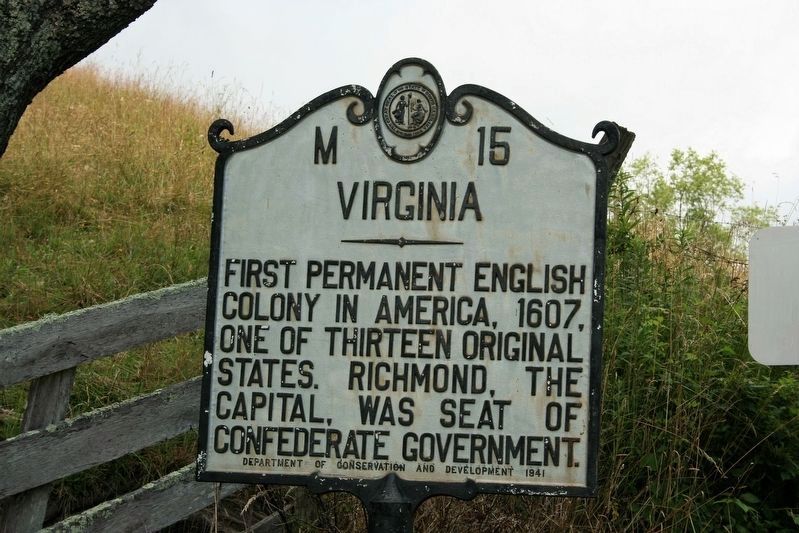 Virginia. First permanent English colony in America, 1607, one of thirteen original states. Richmond, the capital, was seat of Confederate government.

Erected 1941 by Department of Conservation and Development. (Marker Number M 15.)

Topics and series. This historical marker is listed in these topic lists: Colonial Era • Settlements & Settlers. In addition, it is included in the North Carolina Division of Archives and History series list.

Location. 36° 34.731′ N, 81° 27.487′ W. Marker is near Grassy Creek, North Carolina, in Ashe County. Marker is at the intersection of Rugby Road (State Highway 194) and Joe Thomas Road, on the left when traveling north on Rugby Road. Touch for map. Marker is in this post office area: Grassy Creek NC 28631, United States of America. Touch for directions.

Other nearby markers. At least 8 other markers are within 4 miles of this marker, measured as the crow flies. Rock House Ridge Trail (approx. 2½ miles 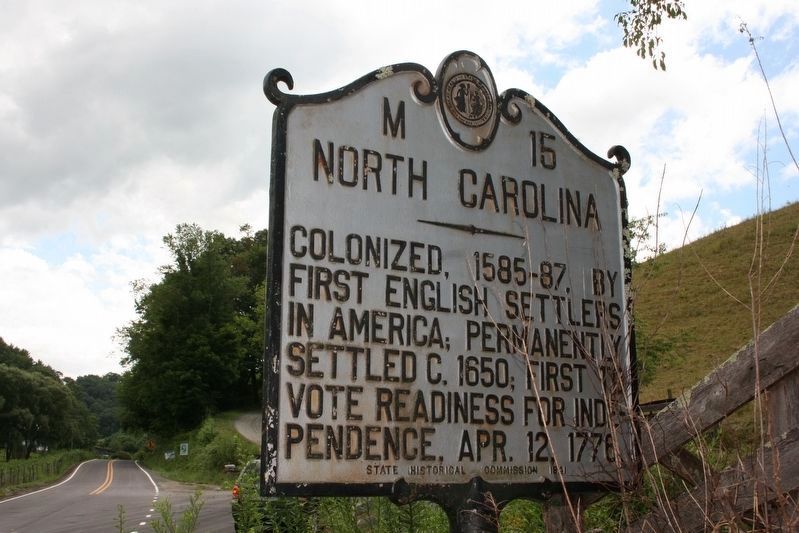 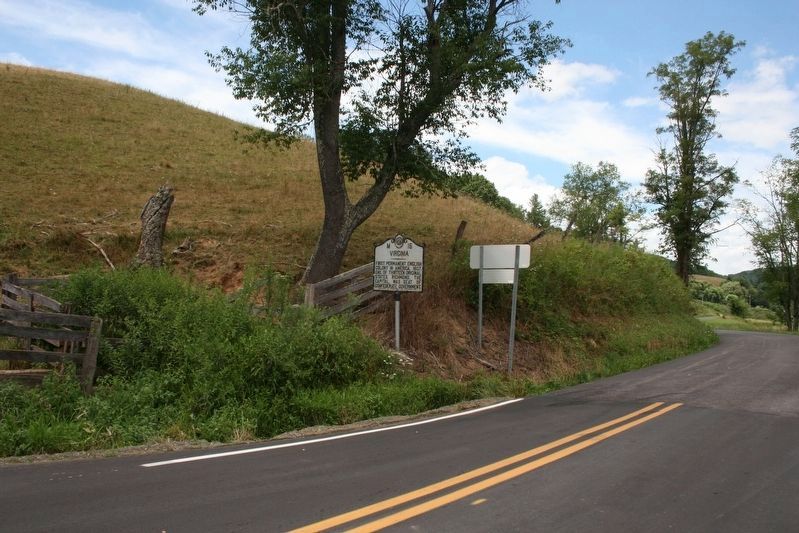 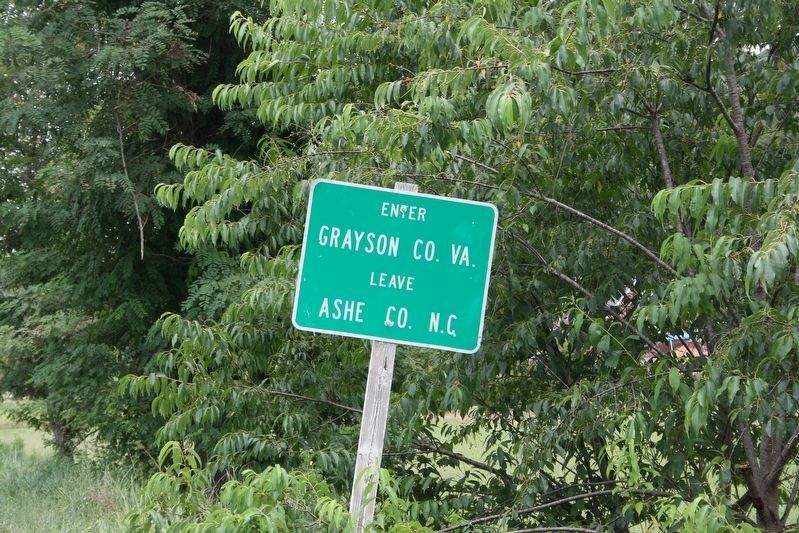