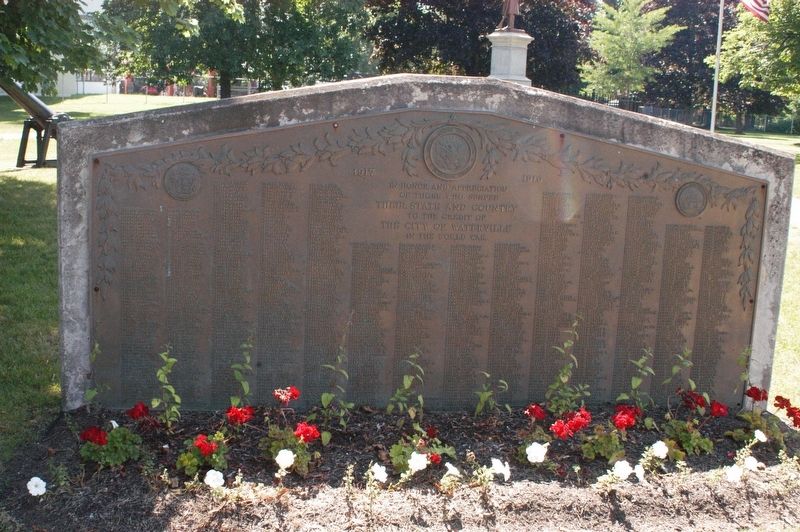 Front Inscription
1917-1919
In honor and appreciation of those who served their state and county to the credit of the City of Waterville in the World War.
There are 14 rows of inscribed names
Adjoining Plaque
American Legion Seal Dedicated and refinished by Bourque-Lanigan Post No. 5 American Legion and Waterville Parks and Recreation Department May 20th 1995 Dedicated on Veteran's Day Nov 11,1995 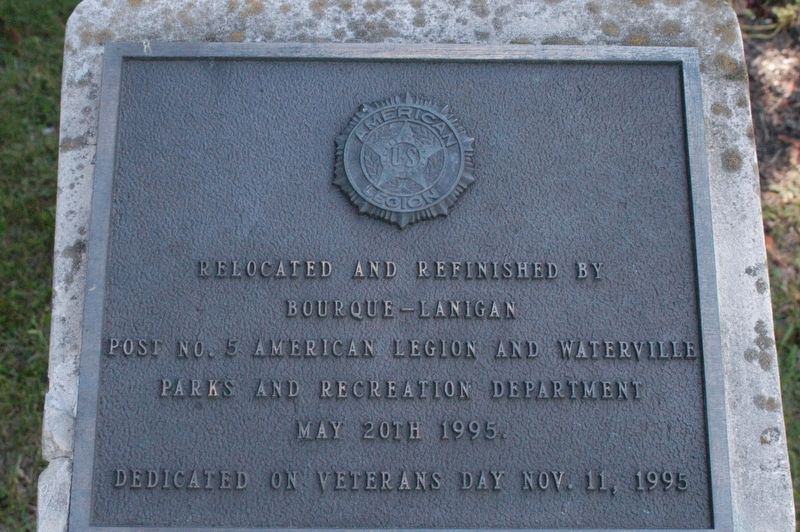