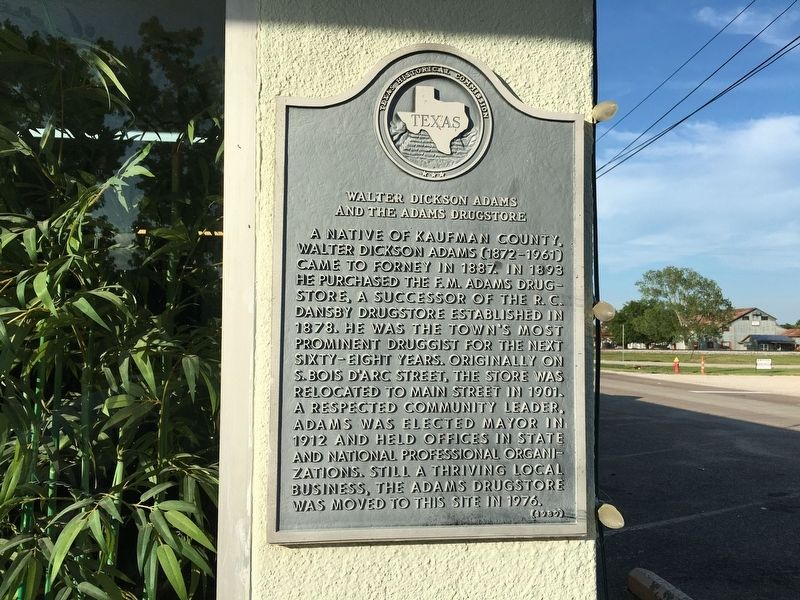 A native of Kaufman County, Walter Dickson Adams (1872-1961) came to Forney in 1887. In 1893 he purchased the F.M. Adams Drugstore, a successor of the R.C. Dansby Drugstore established in 1878. He was the town's most prominent druggist for the next sixty-eight years. Originally on S. Bois D'Arc Street, the store was relocated to Main Street in 1901. A respected community leader, Adams was elected mayor in 1912 and held offices in state and national professional organizations. Still a thriving local business, the Adams Drugstore was moved to this site in 1976.

Location. 32° 44.846′ N, 96° 28.274′ W. Marker is in Forney, Texas, in Kaufman County. Marker is at the intersection of East Main Street and Elm Street, on the left when traveling east on East Main Street. Location is currently a nail salon. Touch for map. Marker

Click or scan to see
this page online
is at or near this postal address: 117 E Main St, Forney TX 75126, United States of America. Touch for directions.