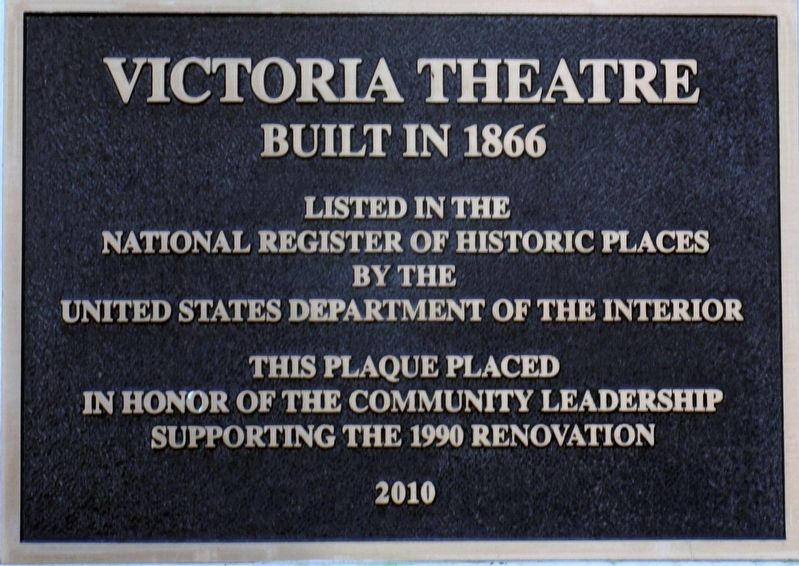 Photographed By Rev. Ronald Irick, June 28, 2016
1. Victoria Theater Marker
Inscription.
Victoria Theater built in 1866 listed in the National Registry of Historic Places by the United States Department of Interior this plaque placed in honor of the Community Leadership supporting the 1990 renovation . This historical marker was erected in 2010. It is in Dayton in Montgomery County Ohio 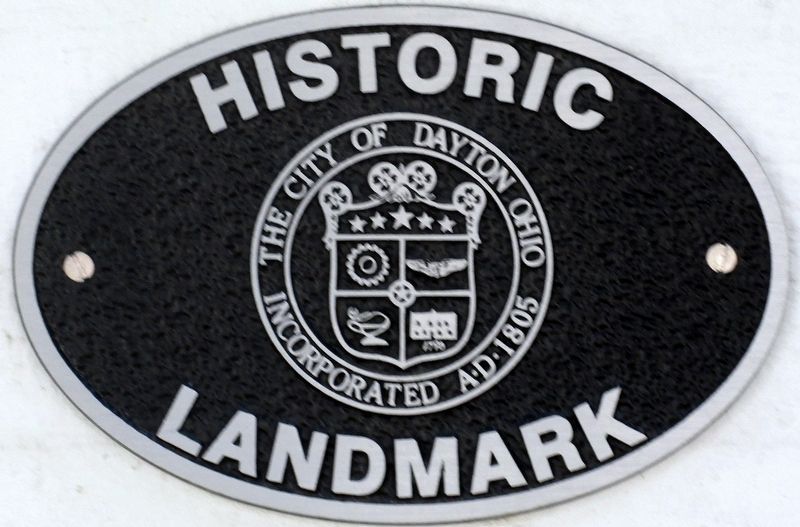 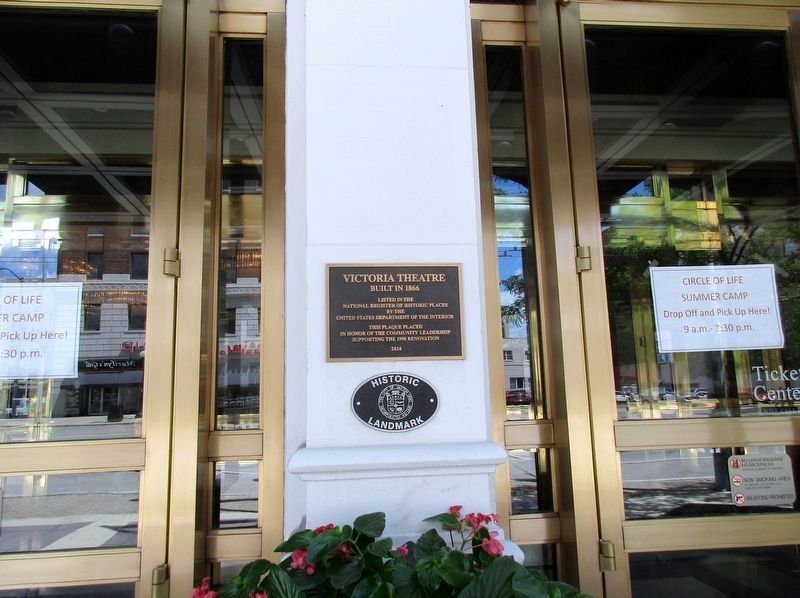 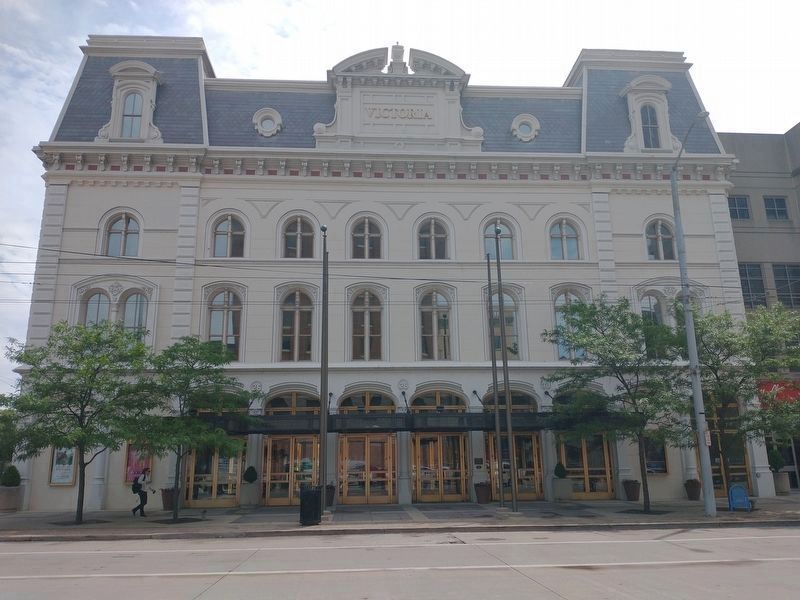 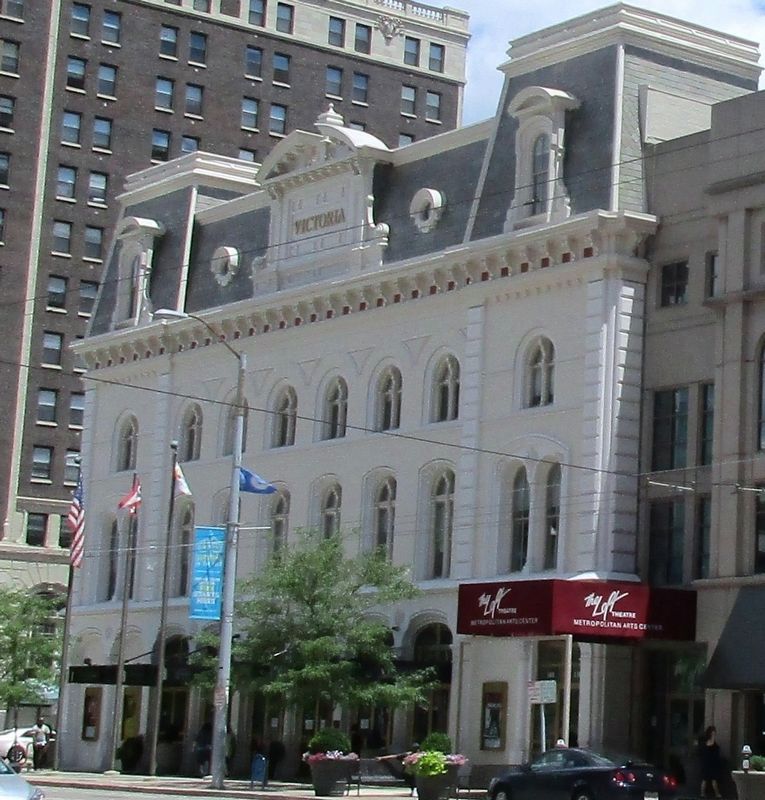 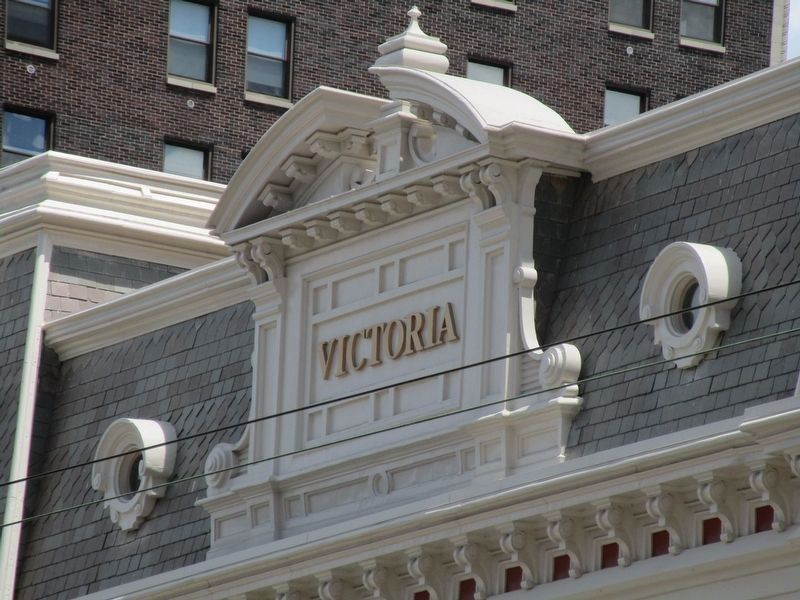