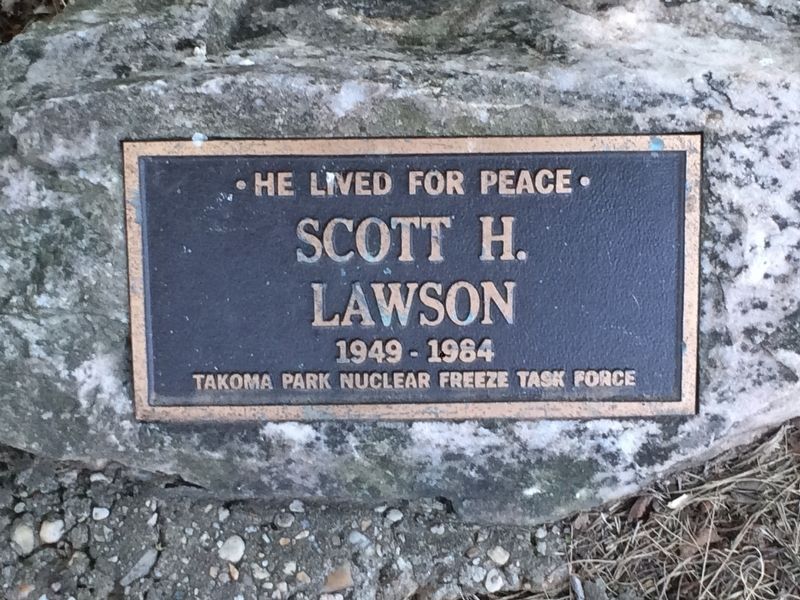 Topics. This historical marker is listed in these topic lists: Government & Politics • Peace.

Regarding Scott H. Lawson. "In December 2003, the City of Takoma Park Maryland celebrated its 20th year as a nuclear free zone. 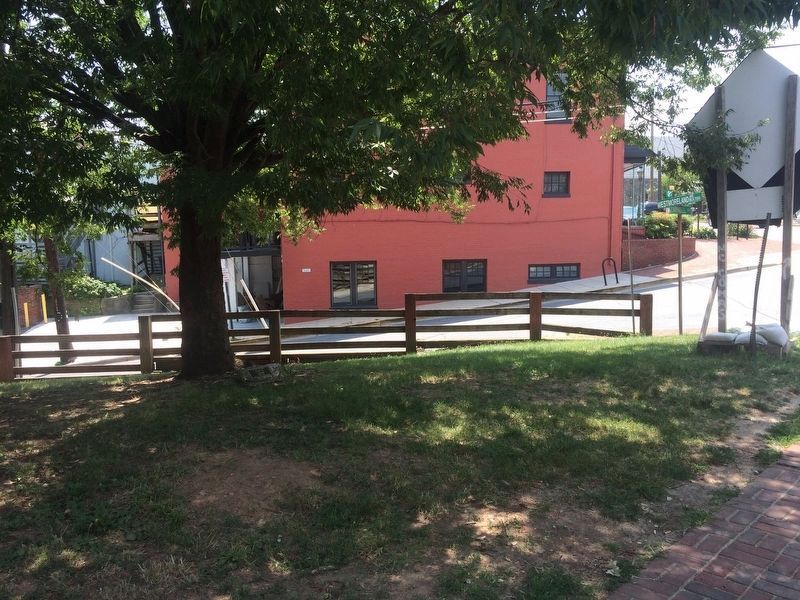 Click or scan to see
this page online
The act that brought this about, Ordinance No. 2703, declares Takoma Park a nuclear free zone (NFZ) in that 'work on nuclear weapons is prohibited within the city limits and that citizens and representatives are urged to redirect resources previously used for nuclear weapons toward endeavors which promote and enhance life....'. Known as the Takoma Park Nuclear Free Zone Act, the legislation establishing the City as a nuclear free zone is fairly unique, and is an interesting example of politically-principled municipal legislation with adequate tools to enforce its goals." -- Tom Roberts, "Takoma Park, Maryland Celebrates 20 Nuclear Free Years" 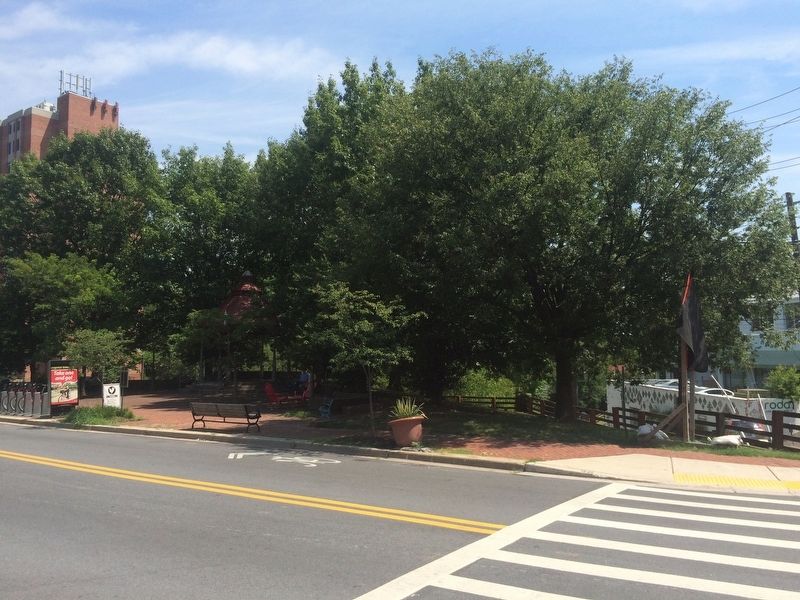