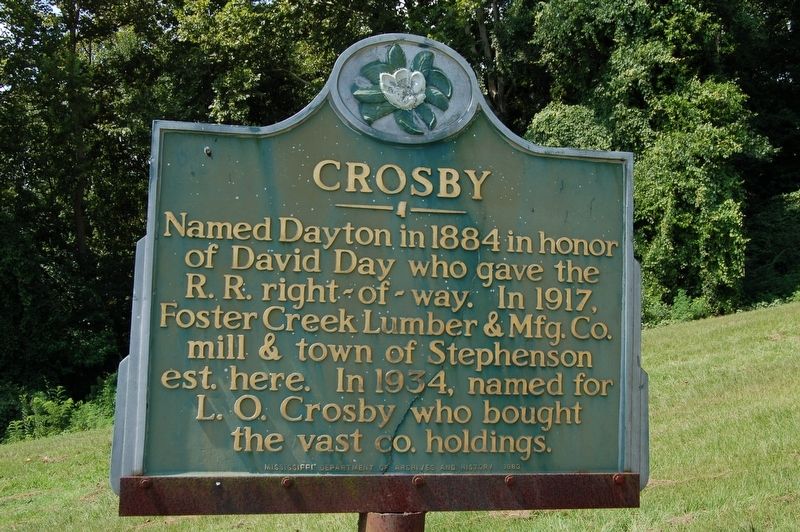 July 21, 2016
1. Crosby Marker
Inscription.
Crosby. . Named Dayton in 1884 in honor of David Day who gave the R.R. right-of-way. In 1917, Foster Creek Lumber and Mfg. Co. mill and town of Stephenson est. here. In 1934, named for L.O. Crosby who bought the vast co. holdings. . This historical marker was erected in 1983 by Mississippi Department of Archives and History. It is in Crosby in Amite County Mississippi

Erected 1983 by Mississippi Department of Archives and History.

Topics and series. This historical marker is listed in these topic lists: Industry & Commerce • Railroads & Streetcars • Settlements & Settlers. In addition, it is included in the Mississippi State Historical Marker Program series list. A significant historical year for this entry is 1884.

Other nearby markers. At least 2 other markers are within 14 miles of this marker, measured as the crow flies. Gloster (approx. 6.6 miles away); Centreville (approx. 13.2 miles away). 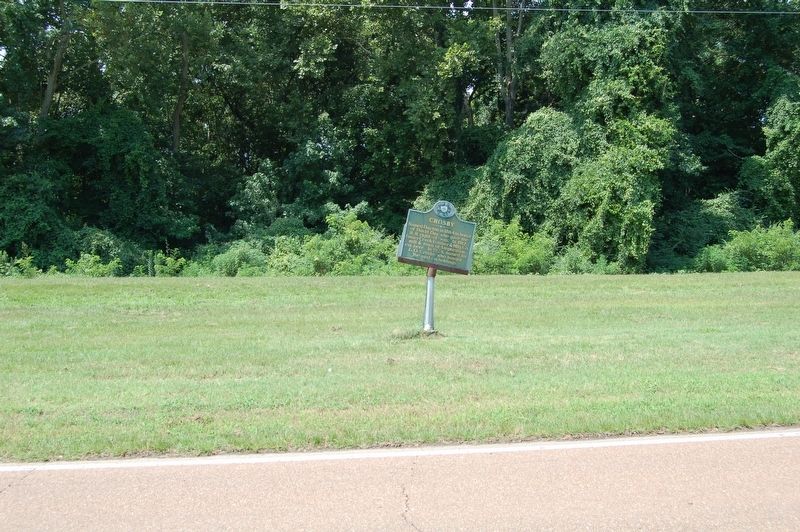 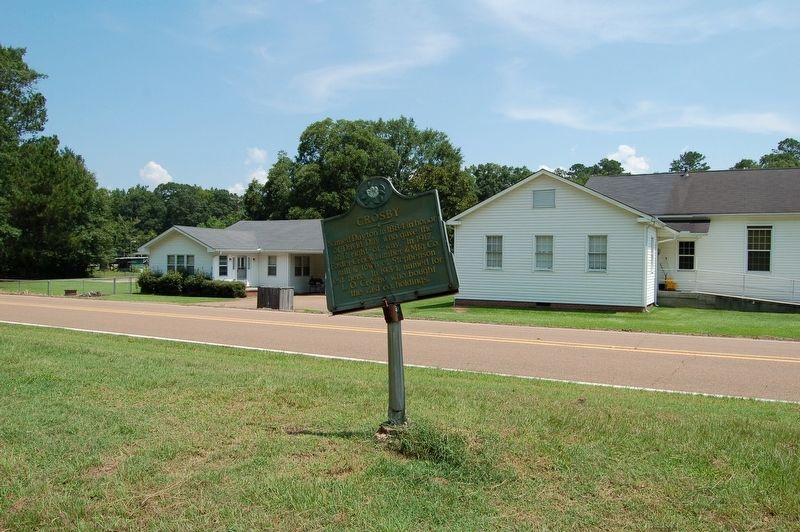