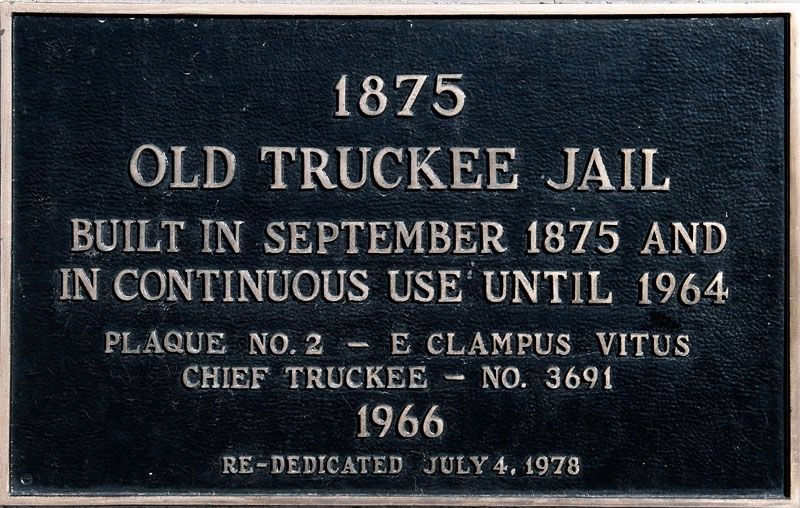 Photographed By Alvis Hendley, August 30, 2014
1. Old Truckee Jail Marker
Inscription.
Old Truckee Jail.
Built in September 1875 and in continuous use until 1964. . This historical marker was erected in 1966 by E Clampus Vitus Chief Truckee Chapter 3691. It is in Truckee in Nevada County California

Topics and series. This historical marker is listed in these topic lists: Notable Buildings • Settlements & Settlers. In addition, it is included in the E Clampus Vitus series list. A significant historical year for this entry is 1875. 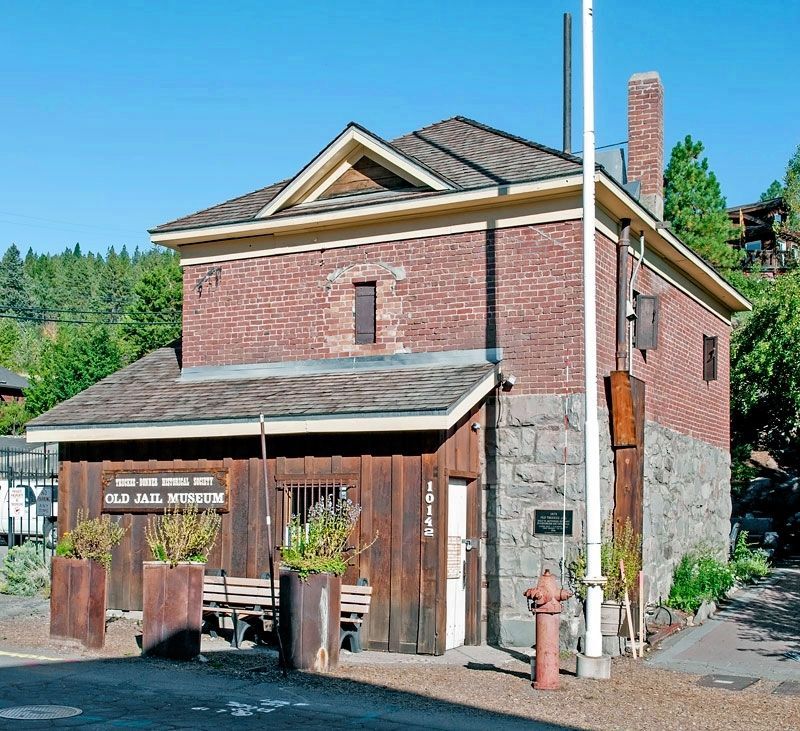 Photographed By Alvis Hendley, August 30, 2014
2. Old Truckee Jail and Marker
Marker is visible mounted on the front of the building.

Click or scan to see
this page online
600 feet away); Truckee’s Old Stone Garage and Site of Town’s First Dwelling (about 700 feet away); George Schaffer House (approx. 0.2 miles away). Touch for a list and map of all markers in Truckee.

More about this marker. The marker was rededicated on July 4, 1978.

Editor’s want-list for this marker. Photo of the interior of the building. • Can you help?
Share this page.