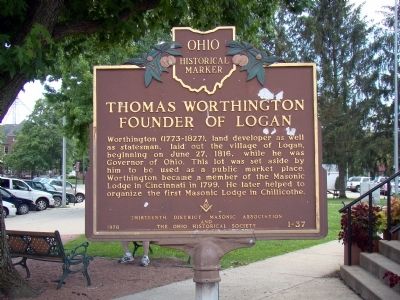 By J. J. Prats, July 14, 2008
1. Thomas Worthington Marker
Inscription.
Thomas Worthington. Founder of Logan. Worthington (1773–1827), land developer as well as statesman, laid out the village of Logan, beginning on June 27, 1816, while he was Governor of Ohio. This lot was set aside by him to be used as a public market place. Worthington became a member of the Masonic Lodge in Cincinnati in 1799. He later helped to organize the first Masonic Lodge in Chillicothe. . This historical marker was erected in 1978 by Thirteenth District Masonic Association and The Ohio Historical Society. It is in Logan in Hocking County Ohio

Worthington (1773–1827), land developer as well as statesman, laid out the village of Logan, beginning on June 27, 1816, while he was Governor of Ohio. This lot was set aside by him to be used as a public market place. Worthington became a member of the Masonic Lodge in Cincinnati in 1799. He later helped to organize the first Masonic Lodge in Chillicothe.

Topics and series. This historical marker is listed in these topic lists: Fraternal or Sororal Organizations • Settlements & Settlers. In addition, it is included in the Ohio Historical Society / The Ohio History Connection series list. A significant historical month for this entry is June 1934.

Location. 39° 32.4′ N, 82° 24.55′ W. Marker is in Logan, Ohio, in Hocking County. Marker is at the intersection of Main Street and Market Street, on the right when traveling west on Main Street. Touch for map. Marker is in this post office area: Logan OH 43138, United States of America. Touch for directions.

Other nearby markers. At least 8 other markers are within 2 miles of this marker, measured as the crow flies. 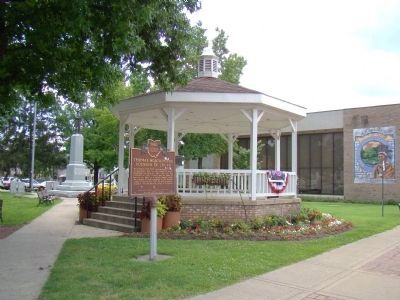 By J. J. Prats, July 14, 2008
2. Thomas Worthington Marker at the Gazebo
The Civil War memorial is in the distance on the left and the Chief Logan mural is on the right.

Also see . . .
1. Logan. “Logan is the county seat of Hocking County, Ohio. Residents named the town in honor of a Mingo Indian chief. Thomas Worthington established the community in 1816.” (Submitted on July 28, 2008.)

2. Chief Logan, Also Known as James Logan. “... He became a war leader but continued to urge his fellow natives not to attack whites settling in the Ohio Country. His attitude changed on May 3, 1774, when a group of Virginia settlers murdered approximately one dozen Mingos. Among them were Logan’s mother and sister. ... The two sides eventually met near Chillicothe to determine peace terms. Logan refused to attend but did send a speech known as ‘Logan’s Lament.’ Simon 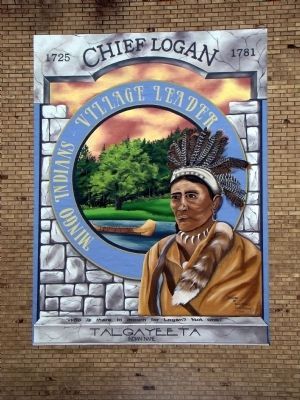 By J. J. Prats, July 14, 2008
3. Chief Logan Mural by Sherry Gargiulo
“Chief Logan, 1725–1781 , Mingo Indians – Village Leader. ‘Who is there to mourn for Logan? Not one.’ Talgayeeta –Indian name.” Mural, donated by Ohio Murals, is dated 2007.
Girty, an Englishman that the natives had kidnapped and then raised as one of their own, may have read it at the conference. It became one of the most famous speeches by a Native American in American history.” (Submitted on July 28, 2008.)

Additional commentary.
1. Chief Logan’s Lament
I appeal to any white man to say, if ever he entered Logan’s cabin hungry, and he gave him not meat; if ever he came cold and naked, and he clothed him not. During the course of the last long and bloody war [the French and Indian War, 1755–1763], Logan remained idle in his cabin, an advocate for peace. Such was my love for the whites, that my countrymen pointed as they passed, and said, “Logan is the friend of white men.” I had even thought to have lived with you, but for the injuries of one man. Col. Cresap, the last spring, in cold blood, and unprovoked, murdered all the relations of Logan, not sparing even my women and children. There runs not a drop of my blood in the veins of any living creature. This called on me for revenge. I have sought it: I have killed many: I have fully 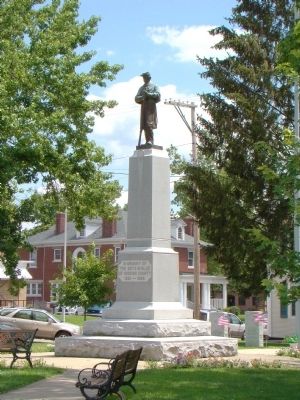 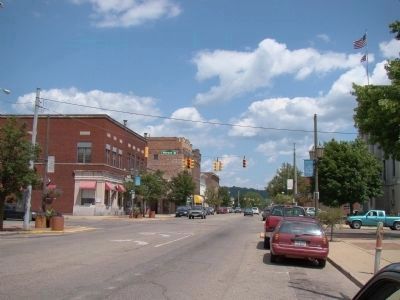